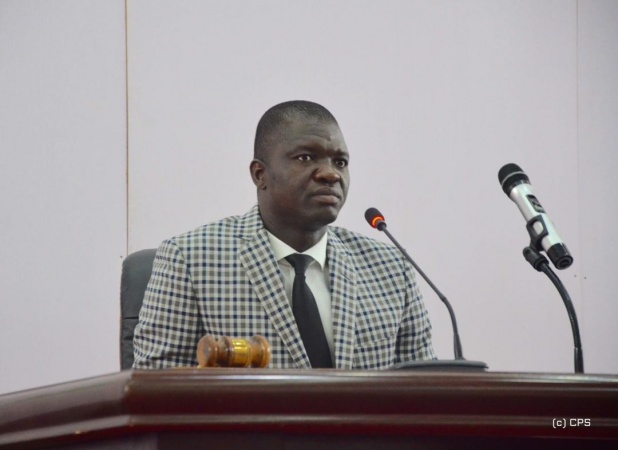 Except in the event of a change of mind, an exodus is expected in the Ebonyi State chapter of the Peoples Democratic Party (PDP) following the ignoring of the seven days ultimatum issued by the State House of Assembly to the National Leadership of the party to zone its 2023 presidential ticket to the South-East.

Briefing journalists in Abakaliki, the state capital, on October 19, 2020 the Speaker of the Ebonyi 6th House of Assembly, Rt. Hon Francis Nwifuru, had said that there would be an exodus if PDP failed to act within the seven-day deadline. He said that “it is appropriate in the spirit of democracy, equity, justice and fairness that the position of the President of the Federal Republic of Nigeria come 2023, be zoned to the South East zone of the country.”

According to him, “On this note, we are giving our great party, the Peoples Democratic Party (PDP), 7 days ultimatum to convocate the National Executive Committee of the party and zone the position of the Presidency to the South-East zone,  as the umpire body  INEC has officially announced the date of the presidential elections.

READ ALSO:  2023 & SW Successorship: Tinubu Looked Unstoppable Before He Got Into Politics - Akinyelure

“Failure to adhere to these kind of requests will cost our party heavily and we, the Honourable Members of the 6th Ebonyi State House of Assembly will leave no stone unturned in taking decisive actions to ensure that traditions and dividends of democracy are respected in our party.

“We the Honourable Members of the sixth (6th) Ebonyi State House of Assembly, wish to draw the attention of our great Party, the Peoples Democratic Party (PDP), to the rightful yearning of our industrious and peace-loving people of the South East Nigeria, that the position of the President of the Federal Republic of Nigeria come 29th May, 2023, be zoned to the South East.”

The Speaker had stated that the zone has presidential personalities, people who are globally renowned, reliable, acceptable, tested and trusted to the position of President of Nigeria.

His words: “These personalities having discharged their duties efficiently and effectively in the positions held before now, they are eminently qualified to be President come 2023.

“Some of the personalities includes, Persons like Peter Obi (Former PDP Vice Presidential Candidate in the 2019 elections and former Governor of Anambra State), Sen. Anyim Pius Anyim (former Senate President and former Secretary to the Government of the Federation)”.

“Others include Sen. Ike Ekweremmadu (former 3-time Deputy President of the Senate), Sen. Theodore Orji (former Governor of Abia State), Achike Udenwa (former governor of Imo State) and a host of others.

“So we have qualified people who are very much available for this position. We did not mention our Governors not because they are not qualified but these highly qualified persons are not holding positions currently and there are other eminent qualified Igbo leaders as well who are trusted, competent, capable and reliable.”

Speaker Nwifuru noted that since the inception of the present democracy in 1999, “the zone has paid its dues having worked assiduously and massively voted for all the presidential candidates of our great party – Peoples Democratic Party (PDP).

Corruption, Nepotism n Boardroom Politics Stinks from The Office of The Auditor General of The Federation

Corruption, Nepotism n Boardroom Politics Stinks from The Office of The Auditor General of The Federation