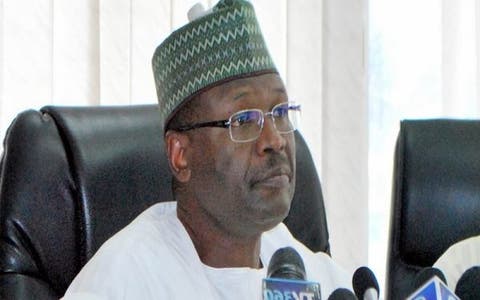 There are plans by the Independent National Electoral Commission (INEC) to kick-start electronic voting with next year’s governorship election in Anambra State, Commission Chairman, Prof Mahmood Yakubu, said on Wednesday.

The poll is scheduled for November next year.

However, the adoption of electronic voting will be conditional on the amendment of the Electoral Act to permit its use.

Yakubu, who spoke with reporters after a budget defence session before the Aisha Dukku-led House of Representatives Committee on Electoral Matters, said about 40 companies had submitted proposals on the deployment of technology for voting.

He said: “They have demonstrated. The next stage is for the commission to decide. So, it’s too early to tell you the cost or when the process will be concluded.

“But, we have determined we were going to deploy electronic voting machines, or electronic ballot machines in elections, possibly in Anambra governorship elections next year.”

Yakubu declined to speak on public expectations about INEC during his second tenure, saying: “I have not been confirmed by the Senate yet. Wait till I’m confirmed. Then, I will tell you what to expect from the commission.”

The budgetary defence was not devoid of bickering. As Yakubu was about to commence the defence after Dukku’s opening address, that House of Representative member Solomon Bob, (Rivers), under a point of order, raised an objection.

He pointed out that the 2020 Budget performance was the real kernel of the matter, recalling that throughout the year, the House could not exercise its oversight powers over INEC due to the COVID-19 pandemic.

Bob said it was important to know how the electoral agency utilised the budget before considering the new appropriation.

But, Dukku ruled him out of order, saying that as the Chairperson of the committee, she has the prerogative to structure the order of events.

After the presentation of the 2021 proposals, Rep. Uzoma Abonta (Abia PDP) and Rep. Yusuf Tajudeen (Kogi PDP) insisted on asking questions on the 2020 budget performance.

They said if the INEC was not comfortable with an open discussion, the issues can be discussed behind the camera.

However, following the law makers’ resistance, Dukku capitulated and at the commissioners, directors, the Permanent Secretary, other aides and reporters to were asked to leave, to allow Yakubu and the lawmakers to discuss behind camera.

Also, at the Senate, the Chairman of the Senate Committee on INEC, Senator Kabiru Gaya, urged the electoral body to urgently work out a special remuneration package for its staff, in view of their enormous responsibilities.

Yakubu said that the CVR will commence in the first quarter of next year, adding that the exercise will last for 18 months, which is six months to the 2023 general elections.

He also said the commission may make provisions for early and diaspora voting, subject to amendments of the Electoral Act and other relevant sections of the Constitution.

Yakubu said early voting will enable essential service provides, including the police, members of the armed forces, INEC’s adhoc staff, and journalists to exercise their franchise, either before or during the elections.

He said that diplomatic staff in foreign missions and members of the Technical Aid Corps (TAC) will also be able to vote when the relevant legal instruments are in place.

Yakubu said the commission has resolved to draw N6.2 billion from its N10billion INEC Fund, which was established in 2010 to augment its 2020 budget shortfall.

He said: “The commission cannot be independent unless it is financially independent. There are some activities that happen that are time bound or bound by some specific provisions of the constitution that the Commission has to undertake.

“But, what has happened now is our budget for 2020 dropped to N40 billion from N45.5 billion in 2019. And as a result of the 10 per cent COVID-19 cut, it further dropped to N36 billion in the middle of the year when we had already made preparation for expenditure.

“Therefore, since that fund is made for the rainy days, I informed the committee that the rainy day has come. So we are taking part of the fund to balance our budget for this year.”

“But, what has happened now is our budget for 2020 dropped to N40 billion from N45.5 billion in 2019. And as a result of the 10 per cent COVID-19 cut, it further dropped to N36 billion in the middle of the year when we had already made preparation for expenditure.

“Therefore, since that fund is made for the rainy days, I informed the committee that the rainy day has come. So we are taking part of the fund to balance our budget for this year.”

He added: “For the Continuous Voter Registration, the Commission intends to resume voter registration in the first quarter of 2021.

“And once we resume, it will be continuous for one and half years, at least until six months to the next general election.

“In other words, the Commission is not going to resume voter registration for a week, two weeks or a month, but we are working out the details.”

On the necessity for INEC to make provision for Diaspora voting, Yakubu expressed the agency’s eargerness to have Nigerians living in foreign countries participate in the electoral process.

He said: “The commission is desirous of giving Nigerians living abroad the right to vote, after all, all our neighboring countries do so.

“But it requires the amendment to the Constitution and the Electoral Act for that to happen.

“And we have already worked out the document. Once the law is amended today, we can roll out.

“We are ready. We have had several meetings with the Nigerians in Diaspora Commission (NIDCOM) but we can’t go beyond what the law provides.”

On some groups who are often disenfranchised during election, the INEC boss said such essential workers can either vote before or on Election Day when there is relevant legal provision to support the idea.

He said: “It is not just those in the armed services, the police involved in election duty, journalists, INEC ad hoc staff and some INEC staff don’t vote.

“The reason is that you are posted for election duty to places other than where you are registered, and the law says you vote where are registered.

“So, if you pass some amendments to the Electoral Act to enable people to vote, there are two solutions perhaps: Early voting, so that those involved in election duty can vote early or major reform of electoral legal framework to allow people to vote wherever they are.”

On the request by the Committee that INEC should urgently implement an enhanced salary structure for its staff, Yakubu said: “I remember when this matter was discussed last year you specifically tasked the committee to come back with suggestions and ideas on how we can enhance salary remuneration.

“We promised to discuss with the National Salaries Income and Wages Commission and we will come back to see what can be done. We have not gone far on this matter mainly because there were many distractions.

He added: “Essentially, COVID-19 came in and the nation was shut down and after COVID-19 we were confronted with two major elections – Edo and Ondo governorship.

“I assure you we will resume our discussions with the relevant agencies to see how we can get a totally different salary structure for INEC for the kind of work the commission staff are involved in. It is work in progress.”

A member of the committee, Senator Opeyemi Bamidele, said the National Assembly, in carrying out electoral reforms, will ensure that the “people that INEC relies on to do their work as an umpire are also immune or sanctified against unnecessary temptations.”

Bamidele added: “We believe this issue of enhanced remuneration must be addressed. It is something that should be addressed because it is important.

“We will appreciate if you can report back in the next three months, specifically on this issue, and if it requires any form of legislative action on our part, this committee would be happy to work with the Senate Committee on Establishment and other relevant committees that can sit down with both INEC and relevant authorities to address the issue.” The Nation reporting for;

US 2020 Election: Violence Erupts in Oregon

US 2020 Election: Violence Erupts in Oregon