#EndSARS & Lekki Shooting: You Cant Rule out Hoodlums Setting in to Create a Scene – AGF 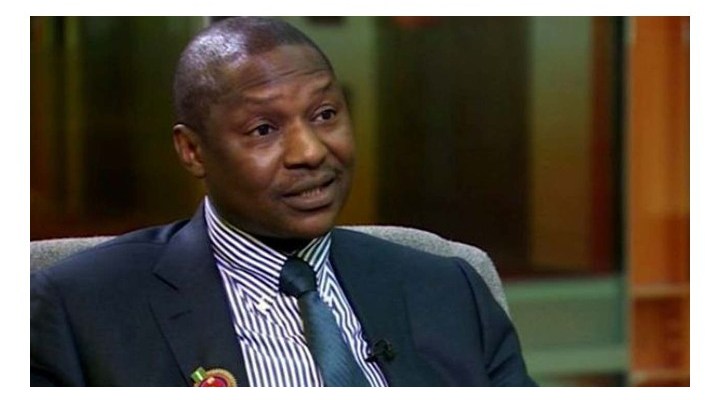 Attorney General and Minister of Justice, Abubakar Malami, has reportedly said that the Lekki gunshot incident on October 20 may have been carried out by hoodlums who were wearing military fatigues and hired to create a scene.

There was a breakdown of law and order in may parts of the country last week after gunshots were fired at #EndSARS protesters at the Lekki tollgate.

The military had initially denied reports of its officers at the scene of the incident but later released a statement saying they were deployed to the tollgate following a request by the Lagos state government.

While speaking with journalists in Abuja on Monday, November 2, Malami said an investigation is ongoing to ascertain what truly happened at the Lekki tollgate. According to Malami,

“You cannot rule out the possibility of perhaps hoodlums that set in to create a scene… could equally partake in the process,” the BN quotes Malami as saying