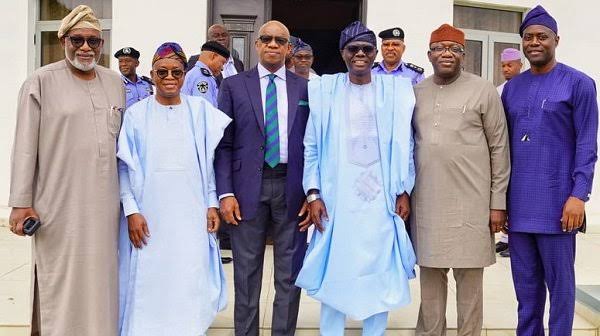 The six Governors of the South West zone of Nigeria have called on security agencies to conduct thorough investigation into Tuesday’s shooting that led to the death of several protesters at the Lekki toll gate area of Lagos State.

The Chairman of the South West Governors Forum and Governor of Ondo State, Mr. Rotimi Akeredolu, made this disclosure in a statement on Friday.

He also said that security agencies have been directed to investigate all incidents of violence that occurred in the zone in the last one week.

He called on youths to calm down and take a back seat, adding that since the federal government has now disbanded the sars unit of the Nigeria Police, they should allow the government take actions on their demands.

The forum also sympathized with the families of persons who died as a result of the unrest across the country.

He also commiserated with the Oba of Lagos, Oba Rilwa Akinyolu, whose Palace was broken into by hoodlums on Thursday, and the National leader of the APC, Asiwaju Bola Ahmed Tinubu, whose ventures were also not left out in the mayhem.

“We also note, with much pain and sadness the vast and spreading destruction of property belonging to notable individuals and vestiges of our collective patrimony and pride. We commiserate with His Royal Majesty, Oba of Lagos, Oba Rilwan Akiolu on the sacrilege committed at his palace and condemn in no unmistakable terms the vile attack on Asiwaju Bola Ahmed Tinubu and destruction of businesses where it is believed he has interest, ” he said.

#EndSARS Protests: Your, My, Our Alimosho