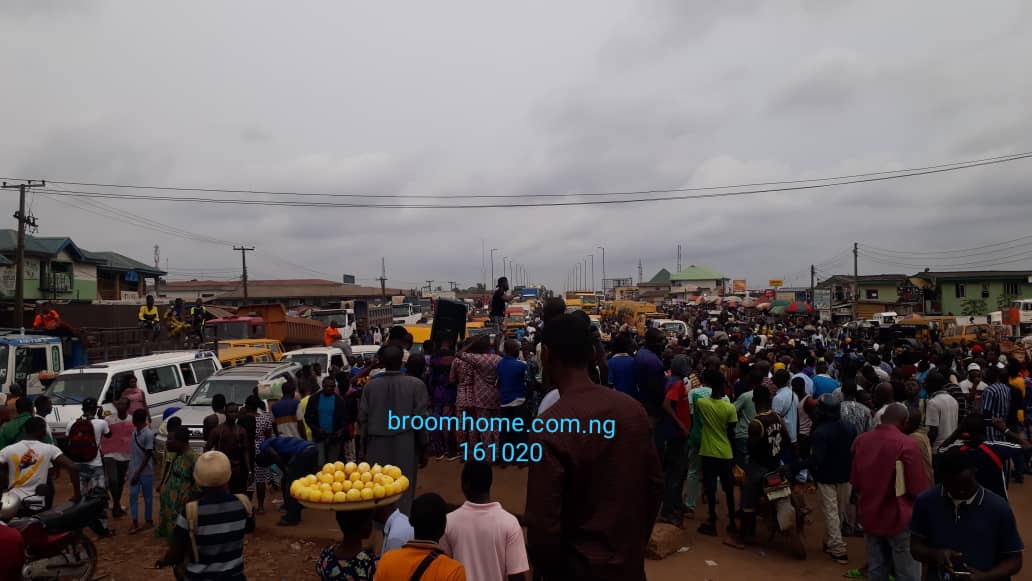 The EndSARS protest took a new twist today in Ogun State when youths and some concerned Nigerians are calling on the Gov of the State to address them on the spate of bad roads in Ado- Odo Ota communities and its environs. 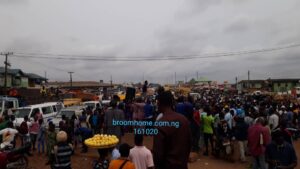 Brooom Nigeria spoke to the some of agitators, a concerned Nigerian, Oveze Godwin. He said they are worried on the State of roads in Otta Communities. He wanders why since Otta generates the highest IGR for Ogun State. He pointed that HRM Olota of Otta has come to addressed them on the governors behalf and reported that the governor will like to meet four representatives in Abeokuta for a meeting. He also pointed that it was difficult making nominations since everybody is representing themselves. 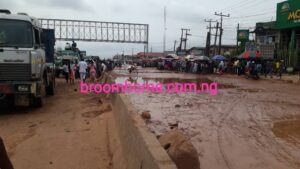 Mr Yinusa Mohammed, a commercial bus driver said he has no choice but to join in the protest because he too is also suffering from the spate of the roads that has killed many. He queried the purpose of having a valid drivers license, valid papers for your vehicle,  road worthiness etc yet all the roads are bad. Some of the Stranded road users our correspondent spoke to are happy that the protesters have finally embarked on a mission that will solve the issue.

Philip’s Olumide who was going out with his Dad before they got stuck in the traffic around 9.30am. Said he had to make alternative arrangement for his Dad to go back home while he stay back in support 100% to the end. But appealing that government should wake up to it’s responsibilities.

BN noticed that Gov Dapo Abiodun has not addressed Nigerians at the time of filling this report (5pm). However, the protesters are adamant of continuing the shutdown tomorrow until the Governor speak to them on a way forward.