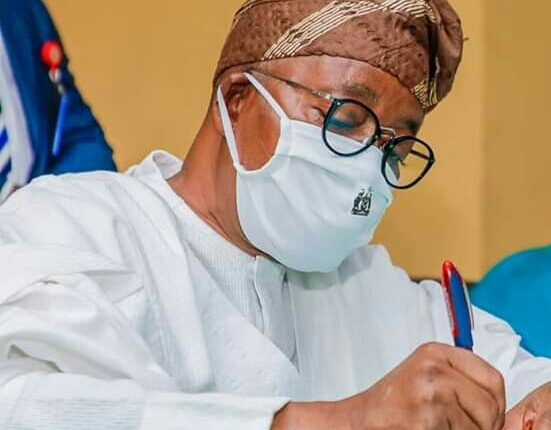 The Osun State Governor, Gboyega Oyetola, has approved N708,000,000 for payment of pension arrears of retired civil servants across the state.

He explained that the approval was in line with his administration’s commitment to welfare of workers, including retirees across state and that all efforts would be geared towards prompt payment of pension to all retired officials as at when due.

As stated, the approved amount was to offset pension arrears of retired officers under the old pension scheme and contributory pension scheme across the Osun civil service.

Through a statement by the state’s Head of Service, Festus Oyebade, Oyetola said that payment of the approved funds would commence on Thursday (tomorrow) for beneficiaries whom names appeared on the merit list.

According to him, the list of beneficiaries selected on merit has been pasted on the notice boards of Ministry of Information and Civic Orientation, the State’s Pension Bureau, and the Office of the Head of Service.

DFID Grants for Agri-tech and Food Chain Innovations in Africa