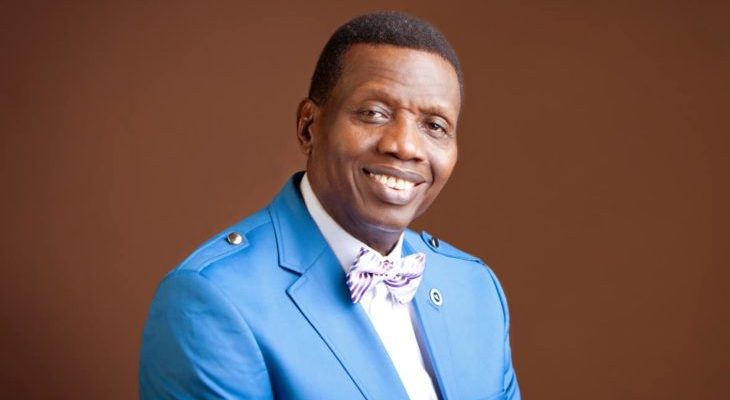 Says God will choke  all those afflicting pains on Nigerians to death
…Maintains roads have disappeared all over the country
…..God will break walls of Jericho surrounding Nigeria
…That all nations trying to choke Nigeria to death will be scattered
General Overseer of the Redeemed Christian Church of God(RCCG) Pastor Enoch Adeboye has declared that all those sponsoring terrorism in the country will not see the new year less they repent.
In a message he delivered yesterday at the monthly thanksgiving service of the church titled,Let God Arise, he likened Nigeria’s current situation to what happened to the children of Israel when he arose and scattered their enemies as happened in book of Psalm 68:1-4.
He prophesy that all terrorists and their sponsors will not see the new year just as these responsible for bad policies inflicting pains on Nigerians.
He said that it is an understatement to say that the roads in Nigeria are bad adding that the truth of the matter is that,”there are no raids in Nigeria again “.
adding that a journey that should take thirty minutes would not take four hours to cover.
“Our stagnation must come to an end as a people.we have been stagnant for too long.
Pastor Adeboye likened the travails of Nigerians to what happened to Israelites in Exodus 14:28 when they got to the red sea and God arose and scatter all their enemies as he also pushed down the walls of Jerico for them,he prophesy “that all the walls of Jericho which enemies have erected to prevent Nigerians from moving forward as a nation and individuals will fall.”
” All roads closed to you will be opened before the end of this month will be opened “he told the congregation who watch the service via cable TV all over the world.
On the development of Nigeria,he lamented that there are Lions who are chocking Nigerian a to death by swallowing money meant for development adding, that very nation and their agents trying to choke Nigerians to death with oppressive policies,will be teared and choked to death.
He likened all the nations trying to be friends to Nigeria with bad advisers and policies to Bears trying to hug it’s prey before choking it to death saying,” any power or person trying to hug you in order to choke you to death,God will arise and scatter them”.
According to him,some of the nations trying to be friends to Nigeria actually want to hug Nigeria to death adding,”all those who are planning to be friend to us but actually trying to draw us closer in order to choke us to death with bad policies,God will expose them and deal with them “.
On terrorists he declared,” people who have been terrorising our nation by whatever name they are called,I decree in the name of Jesus bit them and their sponsors will not see the end of the year ,so shall it be in Jesus name. “