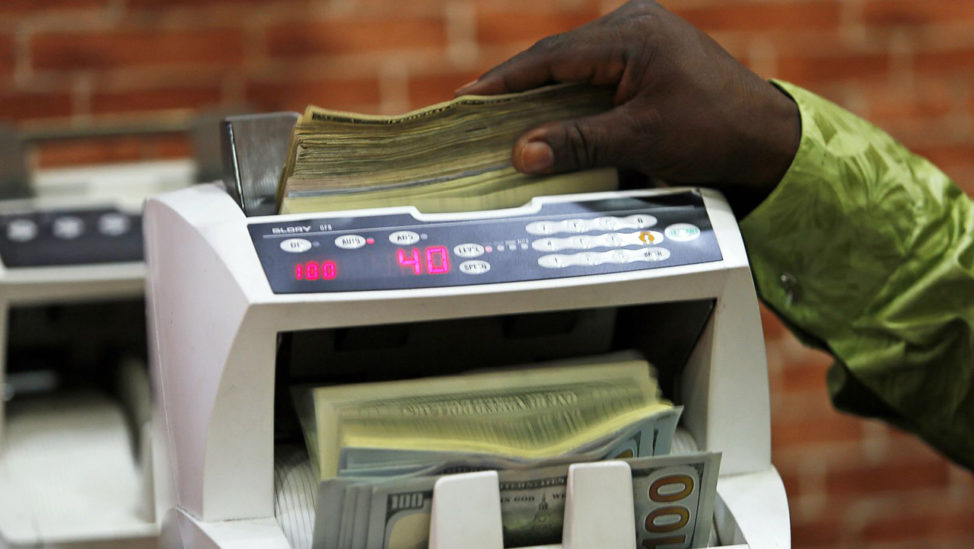 Local manufacturers and other members of the private sector in need of foreign exchange yesterday, reminded the Central Bank of Nigeria (CBN) of about $2 billion backlogs needed for operations and business continuity, as the apex bank plans to resume funding Bureau De Change (BDCs) operators.

According to them, funding BDCs and defending the naira when there are obligations to be met would only compound the challenge of the real sector. For basic transport allowance (BTA), the CBN is set to resume supply of forex to money deposit banks today following commencement of international travels.

The Naira had, last week, begun to strengthen against the dollar at the parallel market due to the regulator’s pronouncement of plans to re-start sale of the greenback to operators.

At the weekend, the Naira rebounded and traded at N440 to the greenback. Central Bank Governor, Godwin Emefiele, had assured foreign investors of safety of their funds, despite scarcity of forex caused by significant drop in oil revenue.

Local demand for dollars by manufacturers had risen to more than $1.16 billion on the back of outstanding obligations as at the end of second quarter, even as the CBN moved to adjust foreign exchange rates in search of uniform framework.

The CBN has continued to ration dollar sales due to drop in oil receipts, even as foreign capital inflows into Nigeria fell by $4.46bn to $1.29bn in the second quarter of this year from $5.85bn in Q1, according to the National Bureau of Statistics (NBS).

Similarly, many firms have begun to re-appraise their operations for sustainability and eventual wind-down of operations.
DIRECTOR-GENERAL of the Manufacturers Association of Nigeria (MAN), Chuma Oruche, noted that BDCs did not attend to Form M demand but financial institutions.

“We have been having challenges with the CBN policy and that has to be addressed first, else our outstanding obligations would remain.“Why should they fund BDCs when there are demands waiting to be met, especially by manufacturers? The BDCs will only attend to small businesses and demand from individuals. This is not the type of intervention we are looking for,” he added.

With the pandemic already worsening their dire situation, MAN and other private sector operators described the apex bank’s directive that dealers should stop opening Form M for payments routed through a buying company or any other third party, as one that will kill ailing firms.

MAN President, Mansur Ahmed, argued that a phased approach should be adopted to enable companies to have sufficient time to re-organise and build the required relationships with original suppliers, which they do not currently have.

“Given the prevailing extremely stressful operating environment our fragile manufacturing sector is contending with, the implementation of this new directive is like hammering the last nail into the coffin of many of our ailing members,” he said.

According to Director-General of LCCI, Dr Muda Yusuf, what is playing out in the foreign exchange market and the associated infractions are symptoms of the policy shortcomings in the management of the market.

“There is high degree of uncertainty which fuels speculation; there is a high component of forex demand driven by the arbitrage opportunities which differential rates offer; there is the component of demand driven by accumulation of inventories of raw materials caused by the current opacity in the market; there is the desperation of the non-resident portfolio investors to exit the Nigerian economy. Therefore, the policy response should be situated in the context of these underlying conditions.

“Across practically all sectors, we are experiencing cost escalation, loss of credit lines enjoyed from foreign creditors, forex remittance challenges and many more. We need an urgent response from the CBN to calm the situation and restore confidence in our foreign exchange management framework,” he said.

According to him, the dollar shortage is hitting most of its 2,000 members hard.
REACTING to CBN’s freezing of accounts of betting companies, BDCs and logistics firms over forex infractions, President of the Association of Bureau De Change Operators of Nigeria (ABCON), Aminu Gwadabe, said the 38 companies allegedly had transactions with buyers and importers of the 42 items banned by the CBN last year. He said the affected accounts were also involved in business transactions without proper licensing.

According to Gwadabe, the decision by the CBN is a fall out of the regulator’s deliberate plans to restore sanity and enhance stability in the forex market. He warned operators engaging in unauthorised forex transaction to desist from such activities, stating that further default would attract more stringent sanction, including prosecution, license revocation, suspension of operations and monetary penalties.

“Operators and the public should take extreme caution in carrying out forex transactions. Others are also involved in transactions without proper licensing to carry out such activities.”

Meanwhile checks by The Guardian across the country yesterday showed that the dollar exchanged for N440 in Port Harcourt at the parallel market. he dealers are however buying $1 at N432.
Some foreign currency marketers said there were indications that the price of dollar might spike when international flights fully resume in Port Harcourt.

Bureau De Change operators in Enugu, on Sunday, expressed fears that the dollar might lose more against the naira in the course of the week following resumption in international flights.

Two weeks ago, dollar had risen to about N500 at the parallel market, even as NBS’ statistics pointed to a double-digit spike. Further checks in Enugu revealed that the dollar was sold at a parallel market rate of N420 and N430. Operators buy between N435 to N440, depending on the bargain.

Bright Nwaneri, a dealer on Presidential Road who said he bought at N440 and sold at N430, disclosed that government and market forces were instrumental to the fall and rise in dollar exchange rate with the naira.

Alhaji Ado Kaduna, Director of Forward Marketing Communications, along the Owerri Road, Enugu, said he sold at N420 but bought at N435, adding that there was the tendency that the price would crash further in a couple of days, should the CBN release dollars to the BDCs. He said dollar went for as high as N460 and N470 two weeks ago.

Another dealer, Mallam Mamuda echoed the same sentiment. For him, though it was sold at N420 as of yesterday, it could be bought at the same rate.

“It was sold N405 last week and we are anticipating it will come down in two days time if the CBN lives up to its promise to release dollars. Again, you know that international flights have resumed; so, the tendency that it will come down is there,” he stated.
It was also discovered that some commercial banks in the state have not been selling dollars for some weeks now.

“What we do is to receive on the domiciliary account and pay the naira equivalent. We refer customers making such inquiries to the parallel market operators. That is the management’s stance for now”, a staff of one of the banks told The Guardian in Enugu on yesterday.

CHECKS in Abuja, yesterday, indicated that the apex bank was yet to completely unify the forex market as the dollar was still being priced differently in different segments, leaving wide room for arbitrage.

A top CBN official yesterday confided in The Guardian, saying that supply of forex to banks for BTA was to begin today but said he could not confirm at what rate. The apex bank has been supplying forex for school fees at N386 per dollar.

There is wide gap between the official exchange rate of N379/$ and the Bureau de Change selling rate in Abuja, which goes for between N442 and N445 per $1. The BDC operators said the apex bank supplied the greenback to them at N379/$.

The International Monetary Fund (IMF) had insisted on Nigeria’s apex bank undertaking certain monetary policy actions, including unification of the country’s multi-exchange regime (a call for naira devaluation) as part of conditions for its $3.4 billion budget implementation support amid the COVID-19 pandemic. Guardian reporting for;