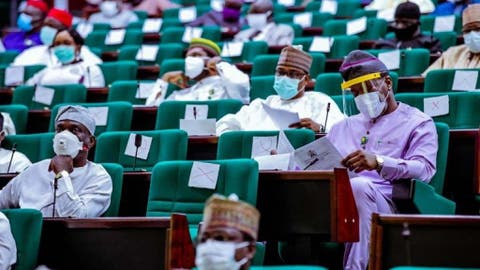 The House of Representatives has disclosed that the contract for the construction of the Abuja-Kaduna-Kano dual carriageway awarded to Julius Berger Nigeria Plc, is overpriced at the cost of N155 billion with a completion period of 36 weeks.

The House Committee on Works, headed by Rep. Kabir Abubakar (APC-Kano), made the revelation.

The Committee said, “at the time the contract was awarded to Julius Berger, there were other companies that quoted about N90 billion for the 375-kilometre road, insisting, however, that even though there is no commensurate work done in comparison to the money paid so far, it must be delivered on schedule”.

Officials of the Federal Ministry of Works and Housing, however, disagreed with the members, over the unit cost of constructing the road.

The Chairman of the Committee on Works, currently on oversight, Rep. Abubakar Kabir, told newsmen that” while Julius Berger collected about N70 billion from the Federal government, an assessment of the work done so far, revealed that the contractor was yet to accomplish more than 20 per cent of the total work”.

He said “the unit cost of the project per kilometre stands at about N450 million, the Zonal Director of Works for North West, Engr. Esan Folurunsho and the Engineer Representatives supervising the project, Engr. James Zira said the materials being used for the Kaduna to Zaria section of the road was cheaper for Nigeria”.

The lawmakers had asked the Ministry officials the unit cost per Kilometer when Engr. Zira told them that the contractor was removing the old asphalt and reusing them as a base overlay for the road, adding that it was cheaper for the country.

He had told them that “we are removing and reusing the asphalt on the road. It is a different method and cheaper concept. If we throw the asphalt away, it will have a negative impact on the environment.

But Zira and his director could not provide the answer to questions of cost per unit for the Job, insisting that they must be allowed to return to the office to do a calculation of the unit cost, an answer which angered members of the Committee.

Deputy Chairman of the Committee, Rep Edu fired back, “But you knew we were coming for this oversight. You should have prepared all these answers for us. This is unacceptable. You are telling us that what is being done here is cheaper for Nigeria and yet, you cannot tell us the unit cost.

“You knew we were coming here. The Chairman asked you a vital question which must be answered because the question is vital to Nigerians. If this is cheaper for Nigerians, then at what cost”

Some angry members could be heard saying ” If you cannot provide us with the answers we need, then you are not fit for this job. We will recommend your removal. The contractors are giving them bills and they are paying”.

The Committee Chairman on his part told the Ministry Representatives that “you are not talking to a novice. You are talking to Professionals. The unit cost per kilometre for this project is about N450 million. We are not dumb. The cost is too high. Julius Berger says they signed for rehabilitation and now they are doing reconstruction. But even at that, the cost is far above the cost of a virgin road anywhere in the world.

“We have to protect the interest of Nigerians because this is our country. We don’t have any other country to call our own. We don’t want anybody to send a memo to the President later regarding funding for this project.

“What we are saying is that the cost of this project is too high. We know of some companies that quoted N90 billion for this project, but we don’t want to mention names. We have several petitions regarding this project in the House. The cost was initially N159 billion before it was scaled down to N155 billion.

“There are nine months left on the contract and we must emphasise that it must be delivered on schedule. There will be no extension. Otherwise, we wi apply the force of the constitution. We have a similar experience on the Lagos-Ibadan road and that project is almost 15 years now and it has not been completed. We don’t want that to repeat itself on this road.

He directed officials of the Federal Ministry of Works to ensure that an emergency measure is put in place to address issues of potholes causing accidents on a daily basis along the road. The Zonal Director in charge of North West for the Ministry of Works said the road under construction was the first of its kind in the north, only comparable to the Lagos-Ibadan road and is designed to last for 30 years.

Representatives of Julius Berger, Mark Jefferson assured the committee, that the work will be delivered on schedule, but it was quick to add that the only problem that may delay the project will be the issue of compensation and relocation which is being handled by the Ministry.

He disclosed that section two of the project running from Kaduna to Zaria is presently 62 per cent completed, while sections of the road that are 100 per cent completed have been opened to traffic. Vanguard reporting for;