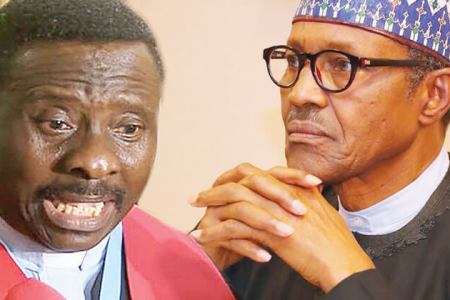 Nigeria’s media space has been set abuzz for weeks after reports that the federal government through the Companies and Allied Matters Act, (CAMA) was set to remove and suspend trustees of Churches, Mosques, and NGOs thereby taking charge of managing affairs of these organizations.

Promo as a move to checkmate these organizations, with power given to the commission to take over and manage NGOs on allegations of misconduct, the amended act has not settled down well with religious leaders who have voiced out their rage regarding the Companies and Allied Matters Act, 2020.

Presiding Bishop, Living Faith Church Worldwide, Bishop David Oyedepo reacted to the new development, saying he does not care if anybody insults him or not, as he categorized such people as wasting their time.

The cleric few days back got bashed after making certain comments rejecting CAMA for the power conferred to the commission to remove the board of trustees of churches without recourse to the court.

Oyedepo said the document must have been drafted by somebody who woke up from the wrong side of the bed after dreaming as the person must have drafted that aspect in the bill as their custom is.

The bishop reacted further, explaining that he is 51 years old in this thing (Christianity) and said they should not try it. “I have been with Jesus for some time and I am sent as a prophet to nations. That a minister can remove the trustees and close the accounts of the church is…”

In the same light, the umbrella body of Christians in Nigeria (CAN) has made their stance clear on the matter. The body issued a statement rejecting the law saying if the federal government insisted on retaining the legislation, it would be seen as a declaration of war on Christianity and an agenda to destroy the church. They also urged President Muhammadu Buhari to urgently return the law to the National Assembly for immediate amendment.

They said they won’t put all their eggs in one basket as the Special Assistant on Media and Communications to the CAN President, Pastor Adebayo Oladeji, in an interview revealed they have begun consulting with Christians leaders on what the next move should be.

The body, however, termed the law unacceptable, ungodly, reprehensible and an ill-wind that blows no one any good. “It is a time bomb waiting to explode,” the body said in the statement.

“The satanic section of the controversial and ungodly law is Section 839 (1) &(2), which empowers the commission (Corporate Affairs Commission) to suspend trustees of an association (in this case, the church) and appoint the interim managers to manage the affairs of the association for some given reasons.

In lieu to these hostile reactions here and there, the House of Representatives called on NGOs, religious bodies and other concerned stakeholders that have issues with the law to push for the amendment to the law.

Spokesperson of the House, Hon. Benjamin Kalu, in an interview, said people who are not happy with provisions of CAMA should approach the parliament and channel complaints the right ways and they will be considered by the legislature.

However, he berated aggrieved members for not speaking out during the public hearing stage of the bill.

Owing to the many controversies, reactions and counter-reactions here and there, Human rights activist, Femi Falana, SAN, said the law was badly drafted.

Falana claimed he has read the law and government that was to facilitate ease of doing business could not have come up with a 604-page business law.

He explained that the law was not a new one rather it only became illegal because it was a violation of the fundamental right to freedom of association guaranteed by section 40 of the Constitution.

Falana explains that the novel inclusion that needs to be sanctioned in CAMA is the power conferred on the commission to take over and manage NGOs on allegations of misconduct.

Discussions as regards CAMA are still ongoing here and there as spectators observe eventually how the issue would be concluded between the government and other warring parties.