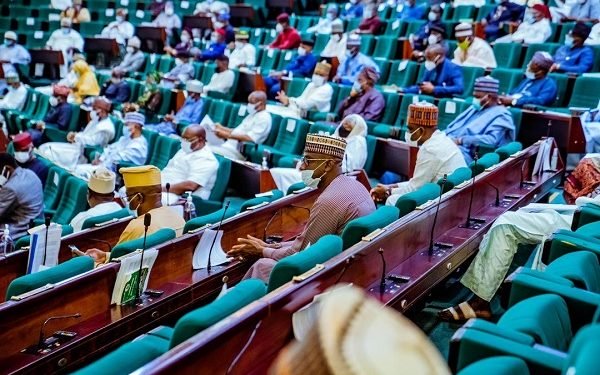 The House of Representatives Committee on Loans, Treaties and Protocols investigating the various Chinese loans to Nigeria has picked holes in the documents submitted to it by the Minister of Transportation, Rotimi Amaechi.

The committee which on Tuesday summoned Justice Minister Abubakar Malami and his Finance counterpart, Mrs. Zainab Ahmed, over the controversial loans noted that some key documents it demanded were not submitted by the minister.

A member of the committee, who, did not want his name in print, listed the documents as “an addendum no 2 in respect of the Nigeria Railway modernisation project dated 28th August 2012 and the Schedule showing payment made thus far on the commercial agreement being implemented by the FMOT (Federal Ministry of Transportation).

The third is a certificate of interim claims from the contractors involved in the project.

The source told The Nation that the documents were listed in the ministry’s cover letter detailing the Chinese loans taken by the government since 2000 for rail projects in the country.

The committee member also disclosed that Amaechi might be dragged to court for perjury.

He explained that the minister claimed while on oath on Monday that about 20,000 Nigerians were engaged in the Lagos-Ibadan rail project.

According to him, a close scrutiny of the documents showed that 14,273 Nigerians were engaged and not 20,000.

The committee member added that 596 Chinese personnel working on the project occupy over 40 per cent of senior positions as civil engineers, senior technical officers and technicians.

Amaechi and committee Chairman, Ossai Nicholas Ossai had a verbal spat on Monday over the $33 billion Chinese loan.

While Ossai said the loan was signed   without clear cut financing arrangements but the minister claimed there was no such pact.

The committee had also alleged that there were exit clauses in the Chinese loans which cede Nigeria’s sovereignty to the Chinese government.

Apart from querying why Hong Kong should be arbitration centre for the loans, it accused government representatives of signing empty pages of loan agreements repayment schedules.

But when normalcy returned, the minister promised to send all the documents requested.

Part of the cover letter by the ministry reads: “Documents submitted are 3nos volumes of list of Nigerian Employees engaged on the Lagos-Ibadan rail project (total 14,273; expenses incurred on procuring major construction materials in the local market; local procurement contract (equipment and materials); expenses incurred on purchasing vehicles and generators in the local market; expenses on project insurance and work sub-contracted to local companies with list of the companies.

“Others include properly witnessed copy of addendum no 2c (extra works to Lagos- Ibadan segment dated 23rd December, 2019; copy of circular no SGF/OP/1/S.3/X/737 dated 11th August 2014 from the Office of the Secretary to the Government of the Federation titled: “protection of the federal government and its corporation from foreign enforcement proceedings arising from contract arbitration in foreign jurisdictions” and Soft copy (Flash drive) of China linked project agreements being handled by FMOT.”

Although he did not say when the two ministers would appear before his committee, Ossai stated that the committee would not be able to continue with the investigation without the presence of the two ministers who play “critical roles in the signing and collection of loans by the government.”

Ossai said: “I will not ambush my colleagues in terms of studying the documents. We need to dissect the documents. The Ministry of Justice has been reached because his office was critical to all the loan negotiations. More importantly, we also need the Minister of Finance who signs most of these documents.”

He consequently adjourned sitting for a week, saying committee members needed time to study some documents submitted by the Minister for Police Affairs, Mohammed Dingyadi and Federal Capital Territory Minister, Mohammed Bello. The Nation reporting for;