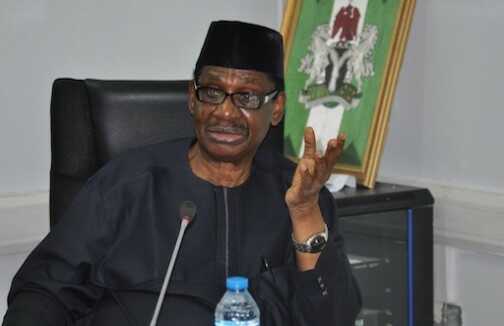 The Chairman of the Presidential Advisory Committee Against Corruption, Prof. Itsay Sagay (SAN), has accused Nigerian Civil Servants and public office holders of derailing the nation’s Anti-graft war because they are “neck deep in corruption”.

Sagay made these remarks on Wednesday during a webinar organised by PACAC with the theme, ‘Collective Responsibility and Actions in the fight against Corruption’.
He regretted that there was “no consensus among the elite about the disastrous consequence of corruption”, adding that absence of such consensus made corruption to fight.

The PACAC Chairman added that while “civil servants played significant role in the perpetration of corruption”, “several senior public officials and political appointees are neck deep in corruption”.
He also took a swipe at corrupt legislators and judicial officers.

According to Sagay “several corrupt practices were perpetrated by some legislators” at the level of legislative committees, while “the judiciary has to some extent been compromised by corruption resulting in decisions that favour and protect powerful corrupt persons in the community”.

But on his part, another member of PACAC, Mr. Femi Odekunle, said “the executive arm of government needs to mobilise the consensus” needed to fight corruption and show “the consequences of corruption on national security and development”

Also speaking, Lagos-based lawyer, Mr. Jiti Ogunye, among other stakeholders called for a collective action against corruption
Ogunye also argued that the legal profession comprising the bar and the bench had a role to play in the fight against corruption.

He however noted that aside some few decisions that went against public opinion, the Supreme Court had given many decisions that had strengthened the fight against corruption, such as the one that ruled that anti-corruption agencies did not require a fiat of the Attorney-General to prosecute corruption cases.

He also cited another the Supreme Court decision in which it was held that the anti-corruption agencies’ power to prosecute in any part of Nigeria does not violate the principle of federalism.

He said what was absent in the legal profession regarding the fight against corruption was the slackening of the enforcement of rules of professional ethics against erring lawyers.

On his part, the co-founder and Chief Executive Officer of Convention on Business Integrity, Mr Soji Apampa, said the fight against corruption must involve everyone and not just the government.

The Executive Director, Women Advocates, Research and Documentation Centre, Dr Abiola Akoyode-Afolabi, described the civil society as a veritable force needed in the fight against corruption.

She called on civil societies to be more proactive and not to wait for a corrupt act to happen before taking steps to stop it. She also called for institutional changes that could enhance checks and balances within the government.

I Am Glad to Witness Progress – Osinbajo