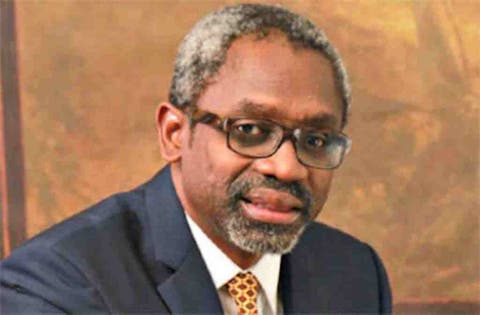 The Speaker of the House of Representatives, Femi Gbajabiamila, says political leaders and governments must commit to opening the political space to allow for greater participation by the nation’s youth.

He said this while delivering a keynote address at a webinar for the commemoration of this year’s International Youth Day, organised by the Office of the Speaker and the Nigerian Youth Parliament.

A statement issued on Wednesday in Abuja by Lanre Lasisi, Special Adviser on Media and Publicity, said the speaker added that Nigerian youths need to show greater interest in government and governance.

Gbajabiamila said relegating the Nigerian youth to the background by the governments was harmful to the national development of the country, the youth being the most critical segment of any society.

According to the speaker, one of the most effective means of participating in government by the youths is to constantly engage their representatives in the legislature at all levels.

“In his lifetime, President Nelson Mandela of South Africa asked of citizens and policymakers thus:

“We must recognize the contributions young people make to our society. We must build upon the imagination, energy, vibrancy, and talents of these our precious national assets.

“This is an obvious imperative, more so in a country like ours with a massive and ever-growing youth bulge,” he said.

The Speaker added that the country would not reach its full potential until the government at all levels learn to engage with the changing values, needs, and expectations of youths.

“All our dreams of prosperity hinge on our ability to provide the physical infrastructure, the legal framework, the cultural and social support required to unleash the innovative potential of our young people.

“To achieve this sort of profound transformation of our governance, all of us in government and politics must commit to opening the political space to allow for greater participation by our nation’s youth.

“Political leaders must act now and consistently to dismantle those practices and systems that serve only to exclude young people from political participation, or that limit them to operating on the fringes as foot soldiers in the battle for spoils,” he said.

Gov. Hope Uzodinma of Imo, a former governor of Bauchi State, Mohammed Abubakar, Minister of Women Affairs, Pauline Tallen, as well as the Minister of Sport and Youth Development, Sunday Dare, who all participated in the webinar also urged the youths to show more interest in national development.

Uzodinma said the Nigerian youths, being the hope of the country must not miss their steps towards nation-building because doing so would spell doom for the country.

Tallen said that it was incumbent on the youths to take up the issue of gender-based violence as a national question.

The minister, who was represented by her Special Assistant (Technical), Joan Idonije urged Nigerian youths in communities and schools to establish advocacy groups against rape and other gender-based violence.

In another webinar organised by the youth wing of the Nasrul-Lahi-L-Fatih Society (NASFAT) as part of their programme for the International Youth Day, Gbajabiamila, who had earlier sent a video message to Nigerian youths, charged them to get more involved in politics.

He said the legislative arm of government had done its own part bypassing the Not-Too -Young- to-Run Bill, urging them to take advantage of it.

The speaker said youths should not sit back, fold their arms, and expect things to just fall in place.

“Let the youth be more proactive and be more engaged.

“The young ones have so much to contribute ‎to the development of this country. We must all get involved in politics. We play politics everywhere. So, everybody should get involved.

“The youth must put some action into it. There should not be a nonchalant attitude on the part of the youth.

“Let the young ones take charge. Let us take those little steps that will take us to the Eldorado.”

Responding to a question on Diaspora voting, Gbajabiamila said it was a great idea to have Nigerians living in other countries vote during an election, but cautioned that the country must get her elections back home right before thinking of Diaspora voting.

On the call to have a limited age for those that run for political offices as obtained in the civil service, Gbajabiamila said it was a good idea but that it had to be in line with the constitution.

He said Nigerians should be more concerned about merit so as not to discriminate against any segment of the society. Vanguard reporting for;

‘I ‘M Ready to Lay My Life for Nigeria’ Mailafia