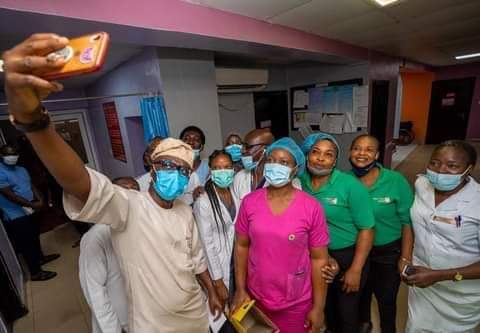 Brooom Nigeria reports that the LBSL, operator of the Marcopolo high-capacity buses in Lagos, had announced that the state government had given approval for an average of 46 per cent hike in fares with effect from Aug. 1.

About 24 hours to implementation of the new fares, some residents of the state urged the governor to consider negative impact of COVID-19 on income, wages and salaries of the masses.

According to them, though the increase may be justifiable considering the economic realities, the state government can bridge the gap so as not to compound sufferings of people who rely much on LBSL.

Mr Godfrey Gabriel, a regular user of the bus from Ikeja Terminal to Obalende, told Brooom Nigeria that government must consider the millions of workers whose jobs, salaries and wages had been affected by the COVID-19 pandemic.

READ ALSO:  Atiku: Tambuwal is hailed as a hero after the PDP primary exposed the Ayu-Wike camp

Gabriel said that no matter how justifiable the reason for the upward review of the fares was, the step was not good at the time considering the sufferings of the people.

He said: “As a regular user, I want to say the increase is justifiable to be fair, the firm has tried for Lagosians but I think it is coming at a wrong time.

“We are in a very difficult situation in Lagos and Nigeria in general at the moment when life is so difficult for most people, especially the struggling masses.

“Employers are cutting salaries because of the effect of the COVID-19, commuters who earn little pay now to keep body and soul together are spending more money. Money is not coming, so economically the state is down, individuals are down.

“Increasing fares now will aggravate the sufferings of the masses. Where does the government want the poor, whose purses force them to queue for hours just to board buses that is cheap, get the money from.”

Miss Janet Osinimu, a private school teacher, urged the government to rescind its decision in the name of God and the suffering masses.

Osinimu, a Mathematics teacher, said: “Sanwo-Olu should pity us. There is hardship in the land. If the rich are complaining, the governor should know what the poor are going through.

“There is a high level of unemployment, most of us are managing. As a private school teacher, I received full salary last in February.

“The March salary was half payment. So many have also got reduction in their salaries. We need assistance at this time not a step that will multiply hardship,” she said.

Miss Abimbola Daniel, a House Mistress in a private school, described the upward review of fares as increasing the hardship of the people.

“It will be good if the government tell the LBSL to be patient for this period of global pandemic to be over. We will support any increment then.

“The government can intervene and come in, bridge the gap for this period to be over instead of compounding hardship of the people whose interest you sworn to protect.

“It is a public service initiative, we expect the government to bailout the masses from this hardship.

“If the company is running at a loss, let the government provide a grant for the company for the sake of people to cushion the effect so that the firm will not go down,” Daniel said.

Mr Ayo Alade, an ICT expert, said that the service should be in public interest and should be there to serve the people, hence there was no need for the increase, especially at this time when people were under heavy financial burdens.

Brooom Nigeria reports that the Primero Transport Service Ltd., operator of Bus Rapid Transit (BRT), counterpart of LBSL, had since increased its fares across all routes, citing the current challenges.

Trump Calls for US Election Postponement Over Covid-19

‘We would Engage Hunter to Protect Nigerians’ Gov Zulum to Army

'We would Engage Hunter to Protect Nigerians' Gov Zulum to Army