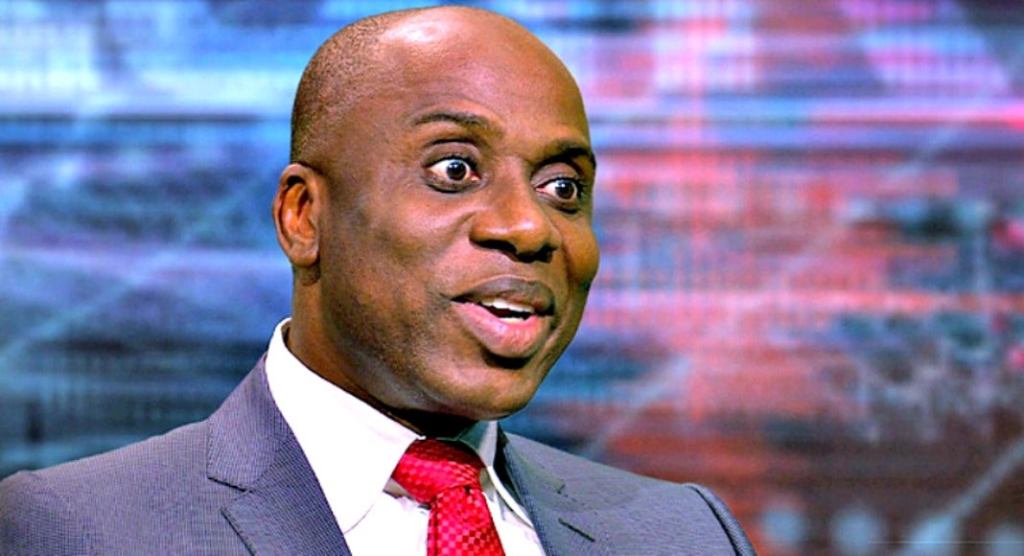 The House of Representatives on Tuesday raised alarm over lethal clauses in Article 8(1) of the commercial loan agreement signed between Nigeria and Export-Import Bank of China which allegedly “wills the sovereignty of Nigeria” in the $400 million loan for the Nigeria National Information and Communication Technology (ICT) Infrastructure Backbone Phase II Project, signed in 2018.

Chairman, House Committee on Treaties and Agreements, Hon. Ossai Nicholas Ossai observed this during an investigative hearing into some of the agreements signed between Nigeria and China, where the Minister of Transport, Rotimi Amaechi responded to various questions on the ongoing modernisation of railway projects being implemented by the Federal Ministry of Transport.

This is just as the Minister of Transportation, Hon. Rotimi Amaechi warned that the Chinese authorities may not sign the $5.3 billion Ibadan-Kano rail line loan if the Parliament continues to investigate the agreement.

According to the agreement sighted by Nigerian Tribune which was signed by Federal Ministry of Finance (Borrower) on behalf of Nigeria and the Export-Import Bank of China (Lender) on 5th September, 2018, Article 8(1) of the agreement, provides that: “The Borrower hereby irrevocably waives any immunity on the grounds of sovereign or otherwise for itself or its property in connection with any arbitration proceeding pursuant to Article 8(5), thereof with the enforcement of any arbitral award pursuant thereto, except for the military assets and diplomatic assets.”

Ossai said: “I have also seen from the Ministry of Communications where Nigeria signed off some certain level of its sovereignty if part of the clauses is breached? So, when the National Assembly reacts in this manner, to question some level of agreements being entered into by any ministry of this country with any other nation, we have every right to question that because anything that is going to happen will happen to our generations unborn. Whether we get it from China or not is immaterial.

“The most important thing is that we must save and protect our people as regard agreements, because most of the agreements that have been signed, the National Assembly has no knowledge (of them). Even the details embedded in those agreements are not forwarded to you when demanding counterpart funding.

“You don’t have the details, clause by clause, in line with the Act that established DMO. We need to know those details even before going to sign such agreements. But those details are not provided to the parliament. So, we have the right to question them.”

Worried by the development, Ossai summoned the Minister of Finance, Budget and National Planning, Mrs Zainab Usman; Minister of Communications and Digital Economy, Dr Ali Isa Pantami and Director-General of Debt Management Office (DMO), Ms Patience Oniha, to appear before the Committee on August 17, 2020 with all relevant documents on the controversial agreements.

According to Debt Management Office (DMO), as at March 31, 2020, a total of $96.15 million had been paid on the loan, leaving a balance of $403.85 million as outstanding, while the interest has been paid based on semi-annually on reducing balance basis, with 30 years maturity date (leaving 10 years pay-off window).

The chairman, who expressed concern over the conflicting positions between the Director (Legal) in the Ministry of Finance, Budget & National Planning, Mr Gabriel Christopher, warned the minister against blackmailing the Parliament.

“We are not saying because the money is not paid directly to people in this country. We have seen the agreement. We have also seen a clause where sovereignty is waived if we default. We have seen it in the document. It is here in the document where the sovereignty of our country is waived and we believe that the particular clause is not part of what they brought to the National Assembly to approve.

“No National Assembly member will look at that clause and approve such. In your own way, you might be right with what you are doing to defend this country when reaching and signing these agreements. Others might not be so. So, we must take a critical look at them one by one. This committee had not been functioning in the National Assembly before but now, the committee has started functioning, and we must use this committee to defend Nigerians,” he emphasised.

In his response, the Minister of Transport, Rotimi Amaechi disclosed that the sum of $500 million was the loan component borrowed from China while the balance of $349 million is the counterpart funding from Nigeria.

While urging the Committee to defer the investigative hearing till December to enable Nigeria conclude the process of the loan, he said: “I have said here to the House, and it is a pity that I’m saying it in public, this government, outside Nigeria, they are sensitive to what you say. Nobody is stopping you from your investigation and no government from outside Nigeria can stop you from doing it.

“We are about to apply for a loan. They will not grant that loan.

“Then you summoned us back to the House to ask why we are constructing Lagos-Kano and we are not constructing Port Harcourt-Maiduguri.

“Can we be allowed to get this loan? Then you can summon us, not to start what you are doing and the whole process will then be stopped,” he observed.

While reiterating his position on the need to step-down the investigation pending the conclusion of the processes, the minister said: “My fear is that at the end of the day, some sections of this country will suffer if they stop giving us loans; two projects that will suffer: the first one is Lagos-Ibadan (rail line), we have not finished disbursement. We are asking for a loan to commence work from Ibadan to Kano. The day they (China) say ‘the government is not supporting the loans you people are taking, we are no longer giving you,’ that is the end of the project.

“I completely concede to you, chairman, and to the House of your powers to investigate, to oversight the Executive but in over-sighting the Executive, there is what is called national interest. You don’t underhand the pressure I suffer when I travel down the East and I’m being told that we are not doing any railway in the East.

“Again, the economy of this country can only be propelled by transportation. We don’t mind this investigation but can we please shift it to December or January when we would have possibly taken these loans. Once we get these loans, Chairman, turn me upside down, I will answer you.

“There are rumblings up there in China and there are loans we have asked for. If your government is not in agreement with this – don’t forget that there are all sorts of allegations against China here and there – we can stop. And the moment it is stopped, the following things will happen: Lagos-Ibadan is not completed. And I want to put it on record, so that when it happens, they would know that I said it; Ibadan to Kano too,” the minister noted.

Speaking earlier on the details of the parameters of the loan, Director (Legal) of Federal Ministry of Finance, Mr. Gabriel Christopher explained that the concession interest rate was 2.5 per cent.

“This committee is not in any way antagonising what the Nigerian Government is doing. As far as we are concerned, Nigeria is lacking key infrastructure. And if we can get good loans anywhere in the world to finance this infrastructure, this committee will even recommend more. The only thing we want to know is more facts about loans. For instance, Ministry of Finance told us they secured a loan of $500 million. The project in question, from your Director of Finance, is $849 million.

“Is it that Nigeria came in with counterpart funding? We also need to know. Nigerians are asking questions and your ministry is very key and critical to the survival of our economy, particularly with the railway sector which is something we have been trying to take off for a very long time. We got $849 million from the Ministry of Transport and we got $500 million (from Ministry of Finance). There is a discrepancy,” he noted.

While ruling, Ossai who observed that Section 21 of the Debt Management Office Establishment Act, which partly states that ‘no external loan shall be approved or obtained by the minister unless the terms and conditions shall be laid before the National Assembly and approved by its resolutions’, directed the Ministers and other stakeholders to appear before the Committee on the 17th August 2020 unfailingly.                    Tribune reporting for;