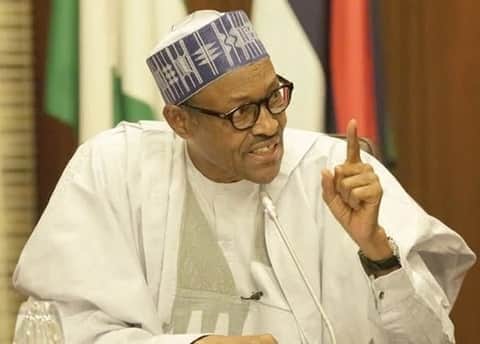 Despite a rash of probes of top government officials for alleged corruption in recent times, the anti-graft agenda of President Muhammadu Buhari-led administration is not flagging, the federal government has said.

It warned critics of the anti-corruption war not to test the resolve of the Buhari administration to curb graft, adding that neither members of the ruling All Progressives Congress (APC) nor top government officials will be treated as sacred cows.

The Minister of Information and Culture, Alhaji Lai Mohammed, while giving an update on the anti-corruption war, a cardinal programme of the Buhari administration, at a press conference yesterday in Abuja, also said the administration had recorded over 1,400 convictions, including high-profile ones, and recovered funds in excess of N800 billion, outside the forfeiture of allegedly ill-gotten assets.

According to him, unlike under the previous administrations of the Peoples Democratic Party (PDP), the Buhari administration will not cover up for anyone, including members of the ruling All Progressives Congress (APC) facing corruption allegations.

Mohammed spoke against the backdrop of the ongoing probe of the Economic and Financial Crimes Commission (EFCC) acting Chairman, Mr. Ibrahim Magu, as well as officials of the Niger Delta Development Commission (NDDC) and Nigeria Social Insurance Trust Fund (NSITF) for alleged corruption.

Many analysts have seen the probes as signs that the Buhari-led administration’s fight against corruption is waning, with the main opposition, the PDP, latching on it to call for Buhari’s resignation.

But the minister said the president, who is the African Union’s Anti-Corruption Champion remained the driver of the fight.

‘’Let me state here and now that the fight against corruption, a cardinal programme of this administration, is alive and well. President Muhammadu Buhari, the African Union’s Anti-Corruption Champion, who also has an impeccable reputation globally, remains the driver of the fight.

‘’And no one, not the least the PDP under whose watch Nigeria was looted dry, can taint his image or reverse the gains of the fight. Anyone who disagrees that the anti-corruption fight is alive and well is free to dare us,’’ Mohammed added.

According to him, revelations from recent probes have shown that the Buhari administration is not ready to sweep any allegation of corruption under the carpet.

He said: ‘’There is no sacred cow in this fight, and that- unlike the PDP- we will not cover up for anyone, including the members of our party and government, who face corruption allegations.

Although Mohammed refused to go into the details of the various corruption allegations because they are all still under investigation, the minister explained that the allegations of corruption in NDDC, for example, are not new.

He said: ‘’What is new is the speed and the seriousness with which this administration has tackled, and is still tackling the allegations. Had such attention been paid to the running of the NDDC by previous administrations, the commission would probably have avoided its present predicament.

‘’Is it not a sad irony, then, that those under whose watch the alleged freewheeling spending by the commission started are now the ones accusing those who are cleaning up after them of corruption?’’

The minister added that the Buhari administration has records to back up its claim of the war against corruption.

The administration, according to him, has recorded over 1,400 convictions, including high-profile ones, and recovered funds in excess of N800 billion, outside the forfeiture of ill-gotten assets.

‘’Remember, gentlemen, that the fight against corruption is not about loot recovery or convictions alone. We are also putting in place enduring institutional reforms that will deter acts of corruption.

He also cited the Independent Corrupt Practices and Other Related Crimes Commission’s (ICPC) Constituency and Executive Projects Tracking Group, aimed at tracking the performance of publicly-funded projects, as another way of curbing corruption.

The minister said the commission’s escalation of the use of administrative sanctions in the public service by periodically submitting, for sanction, names of public servants being prosecuted had been effective.

He described those celebrating the ‘’so-called waning of the administration’s anti-corruption fight’’ as engaging in wishful thinking, adding that they are not seeing the big picture.                Thisday reporting for;