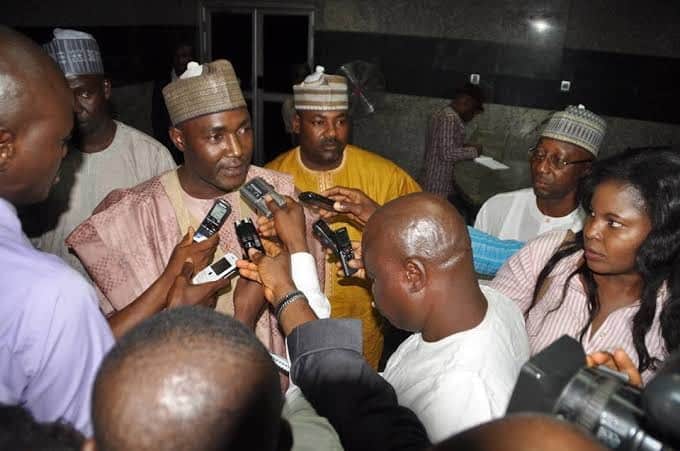 The Arewa Youths for Peace and Security (AYPS) has disclosed that the recent verbal attack by minister of Labour and Productivity, Dr. Chris Ngige against the national leader of the All Progressives Congress (APC), Asiwaju Bola Tinubu at the National Assembly was instigated by the raging tussle for the presidency in 2023.

The Northern Youths, while lambasting the minister of attempting to humiliate the APC national leader, accused him of acting out a script designed to stop Tinubu from emerging the APC flagbearer for the 2023 presidential election.

Ngige during an altercation with Hon James Faleke, member representing Ikeja Federal Constituency at an Investigative Hearing by the House of Representatives Adhoc Committee mocked Tinubu.

The minister said “Faleke they say is up to 60. I don’t know you are near my age but I am at least seven years older than you. I’m sure, I am at the same age with your mentor in Lagos, Asiwaju and I was governor with him at the same time. He was a Senator. I was a Senator. I am a two time Minister. He is not a (two time) Minister.”

Brooom Nigeria noted that while reacting, president of the Arewa Youths for Peace and Security, Alhaji Salisu Magaji in a press statement, lambasted the minister for exhibiting traits comparable only to those from the gutters.

Magaji further wondered why there is a tendency by officials of the present government to often attack Asiwaju Bola Ahmed Tinubu since his purported presidential aspiration became public discourse despite his denial of such.

He said, “The body language of this government is that they detest Tinubu becoming the next President of Nigeria and are ready to stop him. But the question is what are they afraid of?”

The Arewa Youths stressed that no one can stop Tinubu’s emergence as Nigeria’s next president if he is destined by God to occupy the seat in 2023.

He therefore advised those working against the purported “aspiration to talk about issues instead of personality when attacking the former Lagos State governor if they must speak evil of him at all, adding that by every standard he is the kind of leader this nation deserves at this point of our democratic evolution.”

The youths however commended Tinubu for his display of maturity over the several attacks on his person as a result of his purported interest in the number one seat in the country.

‘Dogara returns to the Broom’

'Dogara returns to the Broom'