by Brooom
in News, Uncategorized
0 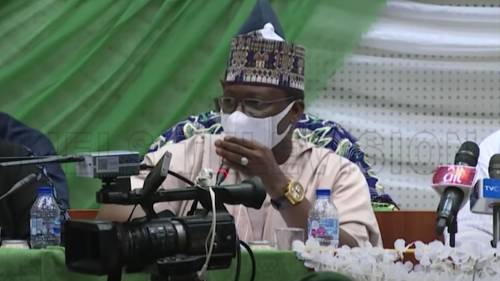 Shehu Koko, a member of the House of Representatives panel that interrogated Prof Kemebradikumo Pondei, Acting Managing Director of the Niger Delta Development Commission, on Monday when he fainted, was in 2019declared wanted by the Independent Corrupt Practices and other related offences Commission for corruption, was revealed to Brooom Nigeria.

Pondei fainted during the televised hearing into the alleged mismanagement of N81.5bn by the Interim Management Committee of the NDDC on Monday, causing commotion at the venue of the probe.

Several persons present at the hearing rushed to his aid, attempting to stabilise him from what appears to be a seizure.

Brooom Nigeria gathered that Koko, a lawmaker from Kebbi State, was on December 12, 2019 declared wanted after he repeatedly failed to appear before the ICPC over an ongoing investigation against him.

According to Rasheedat Okoduwa, ICPC Director of Public Enlightenment, the lawmaker failed to perfect his administrative bail and ignored the commission’s invitation

“Hon. Shehu Koko Mohammed is hereby declared wanted by the Independent Corrupt Practices and other related offences Commission for his failure to appear before the commission for an ongoing investigation against him. He was declared wanted for failing to perfect his bail conditions.

“He was granted administrative bail by ICPC after he was earlier invited for questioning regarding the alleged fraudulent acquisition of properties, using his position to confer undue advantage on himself while serving as ADC to a former governor of Katsina State.

After that period, the outcome of the investigation was not made public anymore and Koko has since returned to the House of Representatives to continue his duty as a legislator.

FG Roll out #75B for Youthful Nigerian Investments – Brooom Nigeria

FG Roll out #75B for Youthful Nigerian Investments - Brooom Nigeria