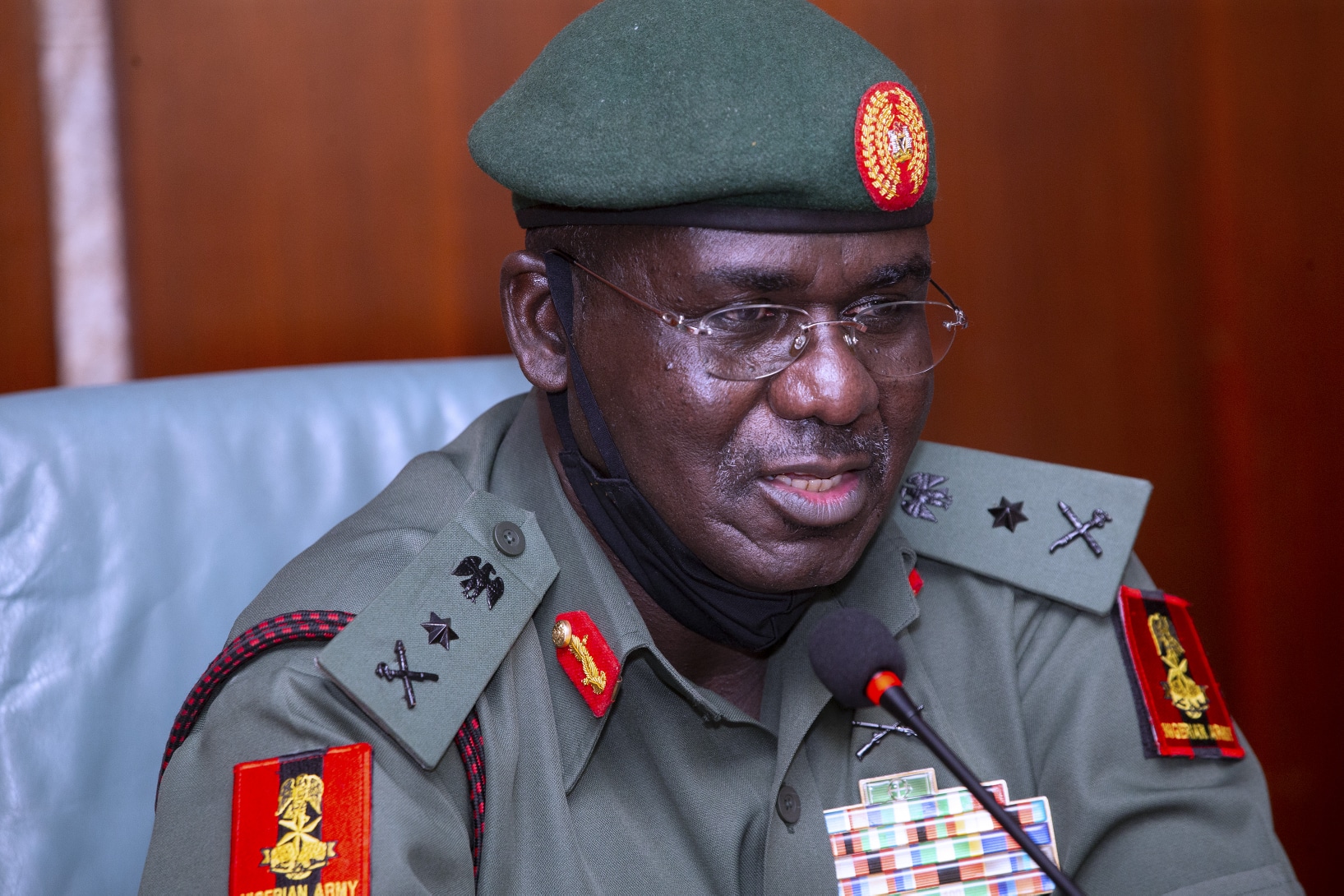 Buratai: 99 Percent Of Terrorists Are Nigerians

Buratai said this in Abuja on Monday while addressing journalists after briefing President Muhammadu Buhari on the activities of the army in the north-west region.

According to him, with the right support, Nigeria can end insurgency.

“As to whether banditry, terrorism and so on will end, I think it all depends. If Nigerians want it to end today, I can assure you it will end today if everybody joins hands, because these bandits are not outside Nigeria; they are not from foreign land,” he said.

“It’s only when it goes bad that we are called in, but everybody has the responsibility to handle that. Some of the insecurities are as old as history itself and it all depends on what you are doing to contain or defeat it at a particular time.

“It is the totality of your efforts that will determine the escalation or containment of the insecurity in the country. It’s not today that we have been contending with armed robbery. As far as I know, armed robbery has been existing in this country even before we were born and it’s still going on. Kidnapping too is as old as the history of the country but it all depends on the level it’s been perpetrated at a particular time.

“Terrorism is relatively new and insurgency, we have had that experience before and we contained it; just like the different crises we have had in different locations.”

He added that Nigerians are not helping matters by complaining over insecurity in the country, noting that the situation has improved.

“The security situation I assure you is under control and is not like what used to happen a month or two ago. We are working very hard and the troops are doing very well and I commend them for the efforts they have put in so far,” he said.

“These include the kinetic and the non-kinetic aspects of our exercise, Sahel Sanity. We are there fully supporting operation Hadarin Daji, which is a joint operation of the armed offices and the security agencies. So far, this collective effort is making tremendous progress in the area of bringing normalcy.

“Unlike the series of killings, kidnappings, cattle rustling and of course the threats to prevent the people from going to their farms this season, this has been removed with the presence of the number of troops in the north-west and they are carrying out surveillance operations, patrol to ensure that no one is molested if you go outside the community to farm or harvest. We will ensure that this is sustained throughout this farming season and beyond.”

The army chief of staff also urged the media to reduce prominence on bandits’ activities.

“What we require is the full support of everyone in the area. It is also important for the press not to escalate the situation through reportage, giving prominence to the bandits, terrorists activities. This will go a long way in weakening them,” he added.

“You know for the criminals, publicity is their oxygen. Without that publicity, they will be ineffective. Coupled with our efforts in the military and security agencies, we will do everything possible to get rid of these criminals.”