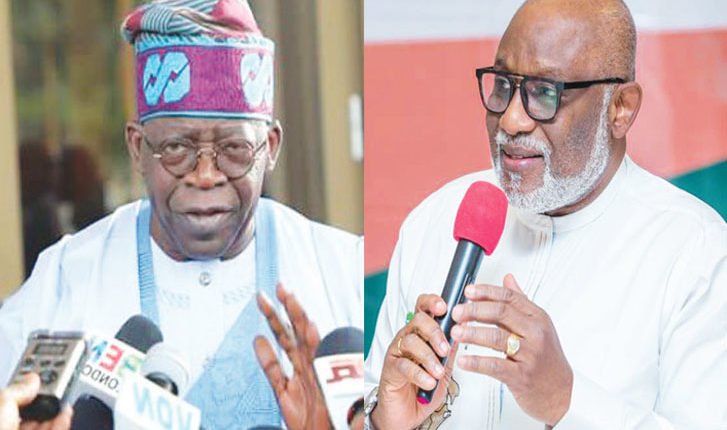 (Re: Ondo Election may lead to crisis in SW APC)

Your imaginary tale captioned ‘Ondo Guber Poll May Lead to Crisis in South-West APC’ was quite entertaining as the product of a creative mind dabbling in political fiction. When told that the article was pretending to be a contribution to factual journalism, I felt compelled to offer this observation: such articles should be preceded by clear and forthright disclaimers, that while you may be using the name of real people, the article itself is a work of fiction not intended to depict reality. Such a disclaimer is warranted as you are entitled to substantial latitude in creating works of fiction, but you should remain faithful to fact when journalism is purportedly being the thing attempted.

Like many recent fiction-writers, the author of this bombast ascribes almost any and all things to Asiwaju Bola Tinubu. Should anyone stub his toe and trip over a pebble, Asiwaju is blamed for the stone’s location. Should it rain on a particular day or should you not like the taste of your dinner or the fit of your trousers, blame Asiwaju. This is not journalism. It is inordinate and mean speculation bordering on a perverse form of admiration. You all envy the man so that with jealously ruling your mind you cannot help but insert his name into every canard you spin and every tale you tell. You suffer from Asiwaju-it-is. The chief symptom of which is to falsely attribute to Asiwaju, without evidence or reason, any untoward thing.

Let’s set the record straight. Asiwaju is not dabbling in or trying to influence the Ondo primary. Nor should the primary cause any problem within the APC as long as the primary is run according to the dictates of internal democracy and are devoid of bias for or against any candidate. This is all that Asiwaju wants: a fair process. His desire is to see a honest and open primary where APC members in Ondo exercise their rights as party members to select the person who best represents them. This objective should cause no undue consternation or sleepless nights. Nor should it cause some journalists to weave contrary fables out of whole cloth. Should anyone have a problem with Asiwaju’s impartial democratic stance then I submit to you that they and not Asiwaju are the problem in this instance.

If he is any battle at all, it will be a battle that the party win the general election in Ondo. Yet, even though his goal that Ondo remain governed by the APC is as legitimate a political goal as one can have, there are those who will still fault Asiwaju for harbouring such a reasonable objective. Yet, he will not be deterred by the wildness of the allegations against him. His mind is focussed on making sure the party lives up to and fulfils its democratic potential. He struggled along with others to build a strong progressive front that will bring democratic good governance to the people. A party that brings such governance to the people first secures that type of governance for itself. Fair primaries are sine qua non in this regard.

READ ALSO:  #Youths in Politics: Participate to Save Nigeria from Collapse - Metawalle

In the matter of Ondo governorship race, Asiwaju Tinubu has stated his impartiality. As a leader of the party, he has no favoured or disfavoured candidate in the race. Neither is he trying to influence matters behind the scene in any regard. His hope is that all credible and strong party members who seek the nomination will be able to face each other in a fair contest. Let them compete for the party’s banner openly and without imbalance or slant in the contest. Whoever reaches the finish line before the others, shall be the nominee of the party for the elections later this year. Asiwaju will gladly and actively stand by the party’s candidate to win the general election. It is at that point that you will see Asiwaju in strong action in support of a candidate. When you see him in action there shall be no mistake as to what his objectives are. The APC candidate will have a formidable ally at his side.

Thus, the suggestion given by the report that Asiwaju has a favourite candidate is a fabrication of great falsity. Thus, he will not roil if a candidate is disqualified provided that the disqualification is based on a non-biased examination of the factual record. Interestingly, the party’s Screening Committee led by Alhaji Tumsa has not officially stated that it has disqualified any aspirant. If any aspirant is disqualified, however, such an aspirant has the right of appeal.

Those who try to pit Asiwaju Tinubu against Governor Oluwarotimi Akeredolu should also cease their fable rousing. Asiwaju holds good will toward Governor Akeredolu. He believes the governor should have the opportunity to set out his record and resume before party members and let them determine if the governor or another one of our able candidates is the person they prefer to lead the state. One would expect the governor to have a solid chance in the primaries. Yet, along with the governor, the party has the benefit of numerous capable candidates seeking the nomination.

Too many people incorrectly see a strong field of candidates as something wrong. They do not understand democracy and are thus behind the times. Allowing those who feel the civic duty free space to run for office strengthens the party and our overall democracy. There should be competition of ideas and programs. Such competition brings vitality.  This does not connote disrespect to the incumbent. It merely exalts the democratic ideal.

In the end, Asiwaju is for the party and the candidate chosen by the party, who that will be, the primary will tell us. Until then, errant journalist should stop telling tings that are untrue. Yes, everyone must earn their keep but the mandate of a journalist exists in the realm of truth. If you want to engage in storytelling, become a novelist, actor or a playwright. Otherwise, stick to the facts and leave fantasy to others.