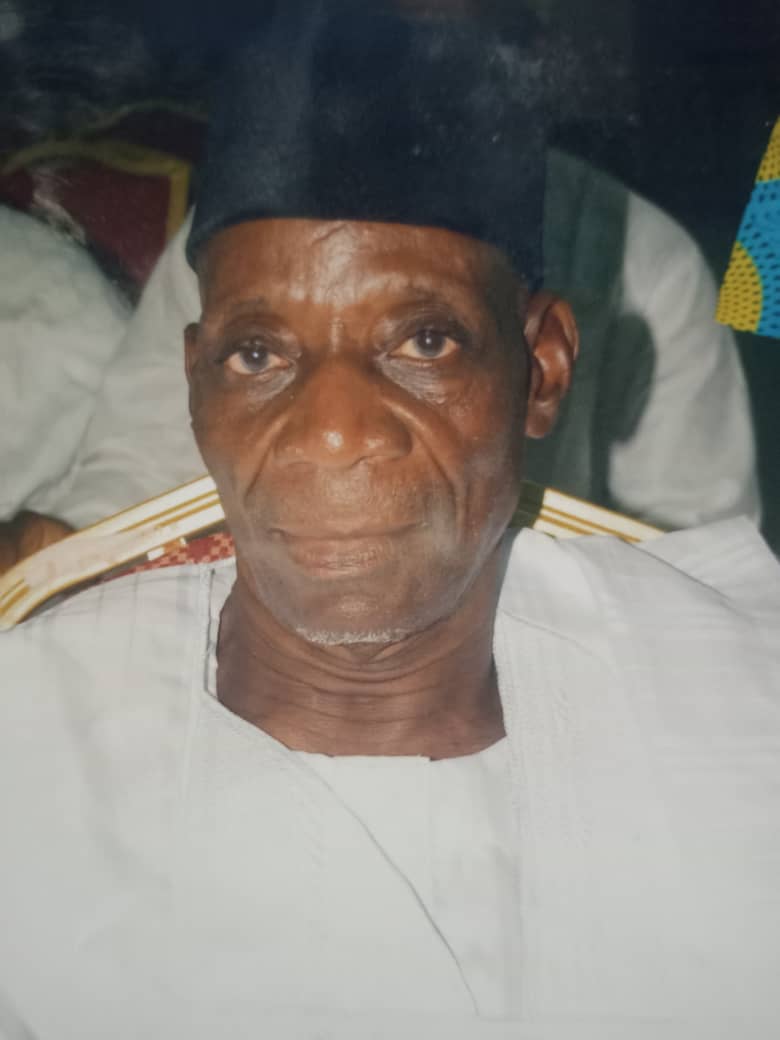 Former Presidential aspirant on the platform of the defunct Social Democratic Party (SDP) during the Babangida transition programme,   Alhaji Umar Muhammad Maizabura,  has called on Preside t Muhammadu Buhar  to, as a matter of priority and urgency, address the security challenges once and for all in the interest of the country.

Specifically, Maizabura, who is also the National Chairman of  the National  Democratic Liberty Party (NDLP), wants President Buhari to take drastic action against the incessant attacks on innocent Nigerians across the country by Boko Haram Insurgents and armed bandits.

He also called on the Minister of Education, Malam Adamu Adamu  to immediately reopen schools across the country to avail students and pupils the opportunity of going back to school to study and write their.exams in the interest of their future and development of the nation.

Addressing Journalists in Maiduguri at the weekend, Maizabura said the issue of security was paramount and significant to the nation which requires urge to attention to tackle the menace ravaging the nation.

He said: “This gives great concern to Nigerians with the calibre and strength of the Nigerian armed forces on ground in all the nooks and crannies of the country but the security Situation continue to be unbelievable and smearing the competence of the military a d other security agencies to end the insurgency and other forms of criminality.

“While if our children will continue to stay at home without schooling neither job to do despite the COVID-19 pandemic, some may up being criminals hence an idle mind is a devil workshop.”

According to him, “allowing the children to return to school to study and write their exams as future leaders of the country is important and a way forward for the development of the  children and country at large.

The Elder Statesman added that if security situation of the country is not being handle properly, in future, the situation may be uncontrollable and dissaterous to everybody as it could consume all and sundry, noting that, no nation can develop with peace and no.meaningful development can take place in chaos.

He further commended Governor Babagama Umara Zulum of Borno State for his untiring efforts and concern towards restoration of peace in the state and called on Borno people within and outside to continue to  support and encourage him develop the state despite the security challenges as a tree can not make a forest.

The NDLP National Chairman further called on the governor to prioritize construction works on township road network, drainage, boreholes, electricity, schools and hospitals  among others especially this raining season to make places accessible and habitable.

He also called on the Nigerian Military to redouble their efforts in their continuous counter Insurgency fight against the Boko Haram Insurgents and bandits in their  peace restoration process in the interest of peace and development of the state, region and country at large.

Maizabura further urged President Buhari and  Governor Zulum to continue to distribute Palliatives to the people as a result of the dreaddul COVID-19 pandemuc lockdown to cushion the sufferings of the people, especially the vulnerables in the society.

On the issue of APC leadership crisis, the NDLP National Chairman appealed to President Buhari as the National Leader of the APC ruling party to appoint the Yobe State former Secretary to the State Government (SSG) , Engineer Baba Goni’ Machina  as the new National Chairman of the APC.

He said as an Elder Statesman who watched the interim crisis which  traversed to the appointment of Yobe State Governor ,Alhaji Mai Mala Buni as National Chairman of the APC Caretaker Committee for 6 months to conduct election for a substantive Chairman should resolved its crisis th appointment of Engineer Baba Goni’ Machina who has proven integrity and wide knowledge of administration as a seasoned politician.

He argued that it is only through the appointment of credible, experienced, seasoned , competent, dedicated and committed person like Engineer Machina to lead the APC ruling party that there will be stability in the polity and development could be entrenched.

READ ALSO:  Lagosians reacts to plans by FG to shut down 3rd mainland bridge for 6months

Maizabura noted that his suggestion for Engineer Machina  as an Elder Statesman became necessary based in the prevailing situation and the need to bring to an end the lingering crisis rocking the leadership of the ruling party in order to move the nation forward and ensure stability in the system hence without stability at the ruling party nation wide, there would not be effective development and the nation will continue to suffer unnecessarily.

“I make this suggestion as a Nigerian not APC member. I am from an opposition but the polity will not be stable without the stability of the ruling party. This is our concern as oppositions that without them, the ruling party can not survive and even be functional as we remained the watchdog the ruling Patty.

“And nobody has asked me to make this statement  and I’m doing this in the overall interest of the country. I don’t collect money from any politician and I don’t have a godfather. My suggestion is purely on democracy and unbiased for good and interest of democracy as an Elder Statesman who has good knowledge of the Nigerian politics.

“While my opinion on the issue of scrapping or dissolution of some political parties in the country that have leadership and party structures on ground as well participated in the last general elections was biased and out if hatred.

“These political parties have leadership a d party structures across the 36 states if the country and these party offices are functional as well recognized by INEC their dissolution or scrapping was uncalled for and needed to be reviewed.

” I however blamed INEC for it’s action hence the political hierarchy had leaders and offices even at the wards and LGC levels and participated in the elections. I oppose INEC decision to dissolve them as we went round the 36 states if the federation as required by INEC in over 30 days.

“We are nevertheless ever ready to challenge INEC for that inaction  hence the ruling party, APC can not survive without the oppositions. Funds were not even given to us as announced but we managed to establish ourselves and participated in the elections”, Maizabura said.

Speaking on the EFCC Executed Chairman, Ibrahim Magu’s suspension and allegations, Umar Maizabura opined that all the controversies surrounding his removal were uncleared and manipulated if not conspired.

He said what the presidency could have done first was to ensure that nobody rubbish the integrity and competence of Magu by ensuring that all those behind his suspension or allegations are brought to book to prove themselves with facts and figures before making the findings public.

The political Chieftain notes that hence the office and seat are targets of corrupt leaders in all the circles of Government including the private sector, military, political office holders and service chiefs as nobody is a scapegoat or should be allowed to be one.

According to him with these facts and figures handy, drastic action.can be taken against him to serve as detriment to others not mere allegations or skirmishes as it happened to his predecessors like Farida Waziri, Nuhu  Ribado or Lamorde.

He said scheming people of integrity and competence out of office due to sentiments was not good for the nation and democracy especially the anti graft crusade which cleanses the corrupt leaders and politicians because they have questions to.answer from their people in terms of food governance and transparency.

“It is only in developed or advanced countries that fight against corruption is transparent and uphold by all including governments and the poor masses. No politician or public office holders or security Chief will like his antecedents to be exposed whether I’m office or after leaving office in Nigeria and Africa except in  advanced countries,” he said.

NDDC Cesspool of Corruption: Development not about Akpabio or Nunieh – Annkio Biggs