Community Leaders: Expose The Evil Ones Among You – El-Rufa’i 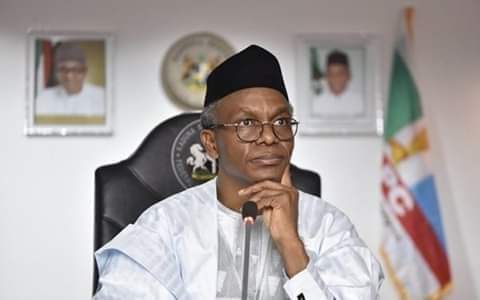 (El-Rufa’i To Community Leaders: Expose Evil Ones Among You)

Kaduna State Governor Nasir El-Rufai on Wednesday told leaders of Zango Kataf and Kauru councils of the state to expose people behind the crises in their communities where a 24-hour curfew is in place.

The communities have been at lwar, resulting in killings and destruction of property.

El-Rufa’i was speaking after meeting with political office holders and traditional authorities, urging them to expose those who incite violence in their areas.

A statement issued by the Special Adviser on Media and Communication, Mr Muyiwa Adekeye, after the meeting, quoted the governor as saying, “It is up to the stakeholders from the area to openly controvert false narratives”.

The governor chaired the meeting which comprised security agencies and major stakeholders from the area, as part of measures to restore stability in the communities.

El-Rufai said in the statement, “The portrayal of parts of southern Kaduna as unsafe places deters development and investments.”

The statement said the governor was awaiting advice from security agencies on the request to review the curfew hours, but promised to address the stakeholders demand for roads.