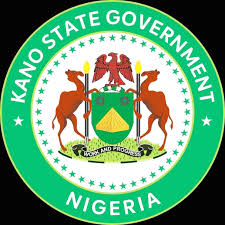 The Kano state House of Assembly has adopted castration as punishment for rαpe following a unanimous decision to further amend the State’s Penal Code amendment (No.12), Law of 2014.

The Assembly took the decision following a motion presented on Wednesday by a member, Nuraddeen Alhassan (APC-Rano), seeking for the review of the law.

The News Agency of Nigeria (NAN) reports that the plenary was presided over by the Speaker, Abdulazeez Gafasa, and the lawmakers were unanimous in the decision.

Mr Alhassan, who called for the review of the law to further reflect a harsher punishment for rαpists in the state, said the present 14 years jail punishment was not enough.

“Therefore, I am calling on the House to recall the law and amend it, to provide castration punishment for rαpists.

“I believe this is the only measure to be taken to end the rampant cases of rαpe in our society, as it is so worrisome.

“I also want to appeal to the House to look into the security issues, so as to strengthen their efforts in tackling the rαpe cases in the state,” he appealed.

According to him, if parents can desist from sending their children for hawking, such can also contribute to reducing the menace in their communities.

He said that most of the rαpists used such hawking opportunity to lure the children to rαpe them, especially at the construction sites or abandoned buildings.

Mr Alhassan also asked the House to find out how the rαpe cases were being handled by the courts in the state.

The lawmakers after deliberations on the issue adopted the motion and ordered for the recall of the extant law.

The Assembly also called on the government to, as a matter of urgency, look into the issue of abandoned or uncompleted buildings in the state.

The legislators also urged the government to ensure that any abandoned building in the state was completed.

During the plenary, the Assembly also called on the government to construct a road linking four major communities in Tsanyawa Local Government Area.

The member representing Kunchi/Tsanyawa constituency Garba Gwarmai called on the Assembly to call on the government to construct the road.

According to him, the bad condition of the road has seriously affected the education, business and agricultural activities in the affected areas.

Aynaijang News had reported how the House of Representatives on Thursday, June 4, voted overwhelmingly against a motion which proposes castration as punishment for rαpists following a sudden surge in rαpe and rαpe-charged homicide incidences around the country.

The motion suggested Thursday by James Faleke, a represenative from Lagos state was particularly motivated by the latest sexual violence which led to the gruesome death of two young ladies in Oyo and Edo states.

Barakat Bello, an 18-year-old girl, was reportedly rαped at her father’s home in Ibadan, while Vera Omozuwa, a student of the University of Benin (UNIBEN), was rαped while reading inside a parish of the Redeemed Christian Church of God (RCCG).

While debating the motion introduced on the floor of the Green Chamber by Rotimi Agunsoye from Lagos, the lawmakers condemned the increasing cases of rαpe in the country which they described as the most common form of violence against women.

They identified “weak institutions, poor enforcement, poverty and unacceptable social practices” as part of the reasons for sexual violence against women.

They said in addition to the rαpe cases, Nigerian women also suffer harassment and brutality in the hands of security agencies.

Although the lawmakers voted against castration of rαpists as an amendment to the motion, the lawmakers called for stiffer penalties against persons found guilty of rαpe.

They also asked the federal government to launch a more effective campaign against rαpe and other forms of s&xual violence against women.