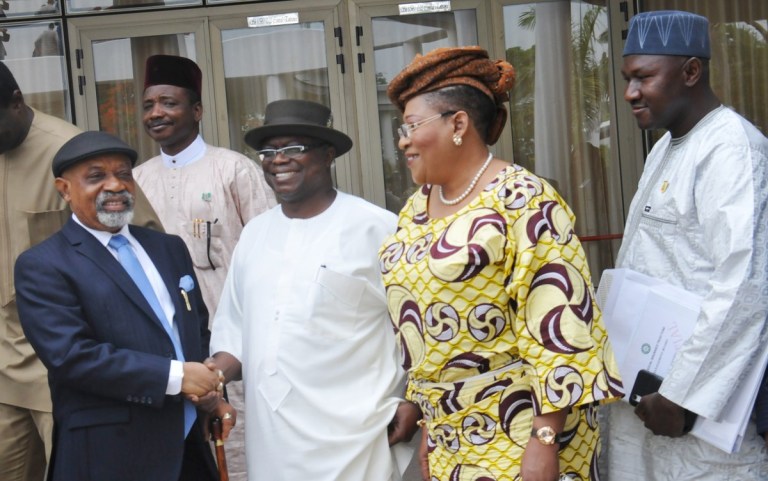 The suspended Executive Director of Operations at the Nigeria Social Investment Fund (NSITF), Kemi Nelson, has written to President Muhammadu Buhari over the management crisis rocking the agency.

In the letter, Nelson accused the Minister of Labour and Employment, Chris Ngige, of fraudulently inserting N1.2 billion “as commissions to contributors” of the Fund while also inserting 5 SUVs in the 2020 budget of the NSITF.

Nelson wrote to Buhari after the recent suspension of NSITF’s Managing Director/Chief Executive Officer and three Executive Directors by Ngige over allegations of corruption. The suspended ED in the letter dated July 9, urged President Buhari to order an independent investigation of allegations levelled against the management of the agency.

Nelson described the allegations as unfounded, adding that their suspension was because they opposed fraudulent activities of the minister.
“It needs to be revealed that the minister, single-handedly amended the 2020 budget of the NSITF in connivance with his stooge who is the board chairman, and inserted N1.2 billion as commissions to contributors, who do not require any commission, because their contributions are statutory. This is clear evidence of corrupt practice and budget padding. (We have documentary evidence of this.)

“The Minister on his own also inserted Five (5) number SUVs into the budget of the NSITF besides the Four (4) number Trust Fund vehicles already in his custody. This represents the type of reckless, unaccountable and corrupt expenditure that that the minister engages in and for which we are now being punished because we opposed such misapplication of public funds.”

Nelson added that, “Appointing a stooge as the board secretary is against the Act establishing the NSITF, as only the board itself can appoint a professional as the board secretary. The Minister blatantly disregarded the Act while claiming it was the president who approved such decision and in clear violation of the law insisted on handpicking a board secretary all in fulfilling a personal agenda.”

Meanwhile, in a statement announcing the suspension of the NSITF top management staff, Ngige had claimed that a preliminary investigation against the management established prima facie infractions on the extant Financial Regulations and Procurement Act. and other acts of gross misconduct. The minister had said, “During the period of their suspension, the officers will face a Joint Board and Audit Investigative Panel that had been set up to look into the financial and procurement breaches, as well as gross misconduct in the NSITF from 2016 to date.

“The gross misconduct has invariably put the contributions of stakeholders in a perilous state. The affected officers have also been directed to hand over to the most senior officers in their respective departments.”