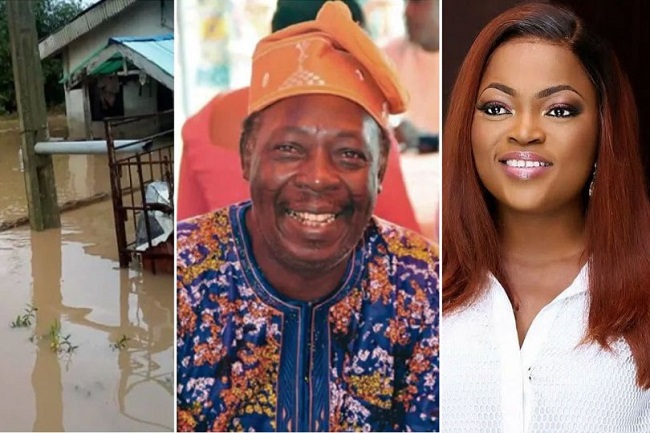 Ace Nollywood actress Funke Akindele-Bello has gifted a new apartment to veteran actor, Kayode Olasehinde ‘Ajirebi’ aka Pa James after his house was affected by the recent flood that occurred in Lagos State.

The popular screen goddess showed her kind heart after Pa James cried out for help. Her gesture has solved his accommodation problem.

Brooom Home noted that his son, Samuel Ajirebi had called out to the government in 2019 for help as flood overtook the building last year.

The plight of Pa James left many dearly worried after his house was swept by flood in Oke Isagun community of Oke Odo, Lagos.

Read:
Kemi wrote: “On behalf of PA JAMES, I Want to say Big thank you to @funkejenifaakindele for the new apartment given to him by you. God bless you so much for your good heart. your type is so rare..you are a gem. Almighty God will continue to make way for you where dier seems to be no way.

COVID-19 vaccine: Am extremely cautious of the mark of the beast – Kanye West

COVID-19 vaccine: Am extremely cautious of the mark of the beast - Kanye West