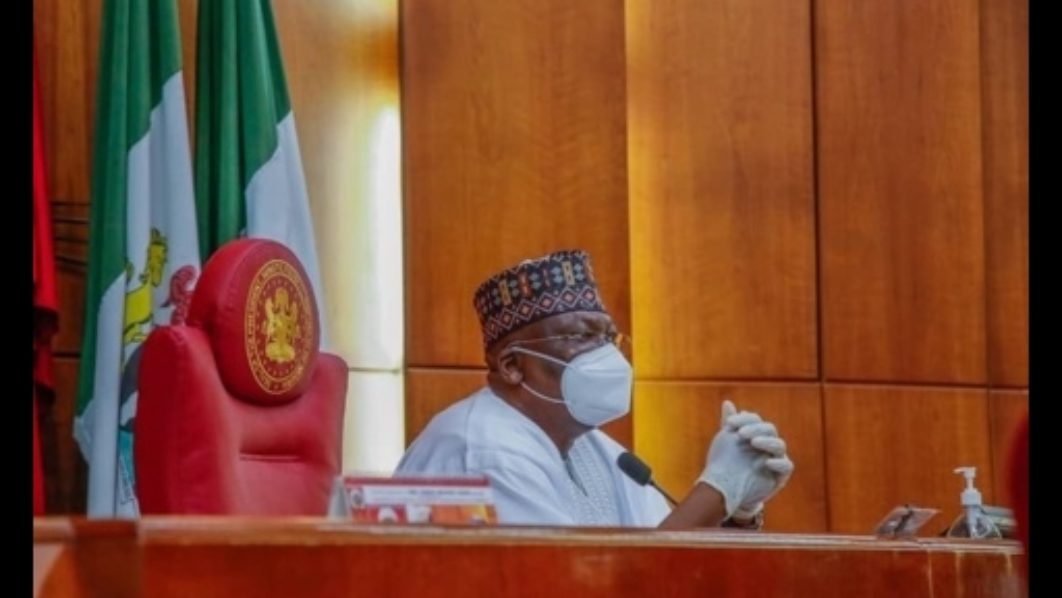 The face-off between the Red Chamber and the Minister of State for Labour and Productivity, Festus Keyamo, took another dimension yesterday, as Senate President Lawan declared that the upper legislative house would not allow the Special Public Works Programme approved for the National Directorate of Employment (NDE) to be “hijacked” by the ministry.

Lawan, who was addressing members of the Senate Press Corps in Abuja, insisted that the project, which was to engage 774,000 Nigerians across the nation’s local councils, remained suspended.

The Federal Government had unveiled the scheme to employ 1,000 persons from each of the 774 council areas, and was to commence on October 1.

But Keyamo, had last Tuesday, engaged in a shouting match with members of National Assembly joint committees on labour over the membership of the 20-man selection committee.

Lawan, while fielding question on the issue yesterday, stated: “The National Assembly is saying that the programme remained suspended until the executive arm of government comes to explain how they will implement that programme across the states.

READ ALSO:  2023 & Successorship: 'Tinubu will Be A Better President Than Buhari' - Yakassai

“The joint committee resolved that the programme should be suspended until certain explanations are provided.

“The committee was trying to ask some questions, and we are meant to interrogate the processes through which such programme will be implemented.

“The NDE has the capacity, and we insist that only the NDE will implement this programme.”

He said NDE officials, led by the Minister of Labour and Productivity, would have to explain to the National Assembly on how the programme would be executed.

He added: “On our side, we have passed the N52 billion budget. We will support the programme because our constituents will be the beneficiaries.”

The altercation, Lawan cautioned, should not be interpreted as a clash with the executive arm, as both of them are working for the betterment of the citizens.

He hinted that the Petroleum Industry Bill would soon get to the lawmakers for consideration and eventual passage.