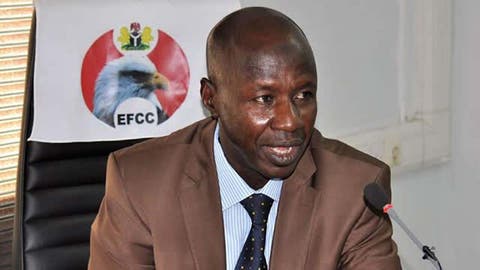 Oluwatoyin Ojaomo, the lawyer of the acting Chairman of the Economic and Financial Crimes Commission, Ibrahim Magu, has said the forces behind corruption in Nigeria are more powerful than Covid-19.

Ojaomo said this on Channels Television’s ‘Politics Today’ programme on Monday while reacting to the investigation of Magu by a Presidential panel.

The lawyer said his client was under probe because the recoveries he announced publicly and the funds remitted to the government’s coffers did not correspond.

He said the funds remitted were more than the monies declared.

Ojaomo said, “When you are fighting corruption, the forces behind corruption are so powerful; they are more powerful than Covid-19. You can imagine what is happening. Instead of Magu to be celebrated, those powerful corrupt persons who have the media backing them are trying to call a dog a bad name so they can hang it.”

The lawyer said asset recovery was a continuous process and as such there would always be discrepancies in figures.

Rafsanjani, who is the Head, Transparency International, said if Magu is humiliated, it could also discourage those who are genuinely dedicated to the fight against corruption.

“I don’t think it is a good development for persons who are fighting corruption to be framed,” he said