by Brooom
in Business, News, Politics
0 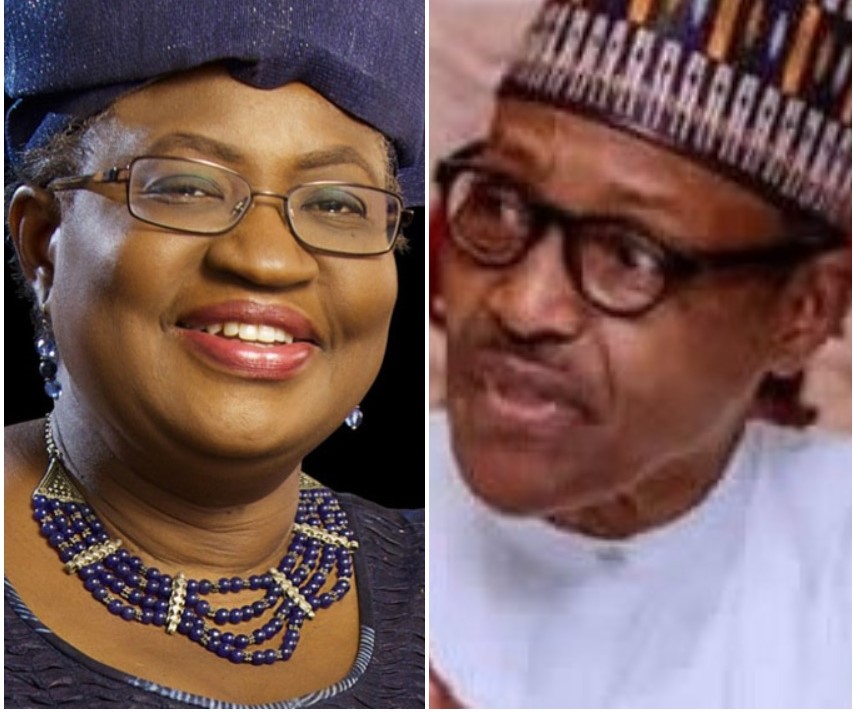 WTO: Africa’s Chance and the Ngozi Okonjo-Iweala Candidacy
By Yushau A. Shuaib

With quite a reputation behind her, Dr. Ngozi Okonjo-Iweala appears to mean different things to different people across the spaces she has straddled. This is why I paused for a moment of contemplation when a professional colleague working in a multilateral institution abroad sought my opinion on the candidacy of Nigeria’s first female Finance minister and also Foreign Affairs minister, for the post of Director-General of the World Trade Organisation (WTO).

This prodding brought to mind in recall the phone call I had received on the evening of Wednesday, March 20, 2013 from her when she was Finance minister, complaining about an article I had written about her and a number of appointments that had then been made in the Nigerian economic sector in a major national newspaper. While I had thanked her for the call, I refrained from tendering an apology for what I still consider as the objective commentary, I made in that article.

This must have riled the honourable minister so much that while I became the subject of protracted victimisation, this eventually culminated in my forced displacement from public service. Feeling unfairly treated, and challenging my persecution in court, it was to my utter shock to later discover that prominent civil servants, including directors in the service, were behind the dishonest recommendation for my disengagement from the civil service. Some of the intrigues, episodes and persons behind that ordeal are documented in my book ‘An Encounter With the Spymaster.’

Although reinstated by the court five years later, I have since voluntarily retired from the federal civil service. Meanwhile, three years after the court order for the payment of my entitlements, some civil servants are still dilly-dallying over this directive. In life, one must always be grateful to the Almighty God for sparing one’s life and giving the direction that leads in making one better off than how one was in the past.

However, back to my friend’s request, I understand that the WTO is an intergovernmental organisation, established to promote and regulate international trade, and its Director-General performs both managerial and advisory roles, with member-states being ultimately left to make their own decisions. Surprisingly, no African has served in the top position in the WTO since 1948 in its precursor organisation, the General Agreement on Tariffs and Trade (GATT). The current Director-General of WTO, Mr Roberto Azevêdo has announced his decision to step down on August 31, which makes the position potentially vacant, and in need for the recruitment of a new head.

President Muhammad Buhari must have considered Dr. Okonjo-Iweala’s pedigree and credentials before nominating her as Nigeria’s candidate for the WTO top job. Even though she has not served in any capacity in his administration, the president might have acknowledged her contributions as Nigeria’s first female Finance minister, during which time she spearheaded an ambitious debt relief negotiation with the Paris Club of Creditors during the administration of President Olusegun Obasanjo between 1999 and 2003. The efforts of her team led to the outright cancellation of $18 billion of Nigeria’s total debt stock, and a series of other measures eventually leading to the reduction of the country’s external indebtedness from $35 billion to $5 billion.

Similarly, in her second coming as Finance minister during the tenure of President Goodluck Jonathan between 2011 and 2015, Dr. Okonjo-Iweala was responsible for leading aggressive but praiseworthy reforms that enhanced the transparency of the government’s accounting systems, which strengthened our public institutions against corruption. She introduced the Government Integrated Financial Management System (GIFMS), the Integrated Personnel and Payroll Management System (IPPMS), and the Treasury Single Accounts (TSA), which are now being fully implemented by the Buhari administration.

Dr. Okonjo-Iweala had an impressive over 25-year career at the World Bank, rising to the position of the Managing Director in charge of Operations of the foremost financial organisation. In 2010, she was made Chair of the World Bank’s successful drive to raise $49.3 billion in grants and low-interest credit for the poorest countries in the world.

Still, after her last official engagement in Nigeria, Okonjo-Iweala has been quite preoccupied as a global finance expert, helping many multilateral and multinational organisations with their developmental ventures in Africa, Asia, Europe, Latin America and North America.

She is a World Health Organisation (WHO) Special Envoy for Access to COVID-19 Tools Accelerator and was recently appointed as an African Union (AU) Special Envoy to mobilise international financial support for the fight against COVID-19. She also currently chairs the boards of the African Union’s African Risk Capacity (ARC), the Nelson Mandela Institute, and the African University of Science and Technology, Abuja.

In the business world, outside the African continent, she is a Senior Adviser at Lazard and sits on the boards of Standard Chartered PLC and Twitter Inc. She further serves on the advisory boards of the Asian Infrastructure Investment Bank, Harvard University International Advisory, the Oxford University Martin School Advisory Council, Women’s World Banking Africa Advisory Board, and the International Commission on Financing Global Education. Also, she is on the advisory boards of Japan International Cooperation Agency (JICA), Tsinghua University, Beijing’s School of Public Policy, the CARICOM (Caribbean) Commission on the Economy, and the Tax Inspectors Without Borders (an initiative of the Organisation for Economic Co-operation and Development (OECD), among others.

More so, Dr. Ngozi Okonjo-Iweala is Chair of the Board of Gavi, the Vaccine Alliance, which has immunised 760 million children globally and saved thirteen million lives since its inception in 2000. Through Ngozi’s leadership of GAVI, world leaders have pledged an additional US$ 8.8 billion for the vaccination of children, far exceeding the initial target of US$ 7.4 billion. The project will ensure the immunization of over 300 million children including the creation and distribution of the COVID vaccine globally and mostly in Africa.

With a growing concern that what Africa needs is trade rather than aid, to fight poverty, hunger and disease, a savvy bridge builder and go-getter in the person of an Ngozi Okonjo-Iweala is the right figure who can broker numerous agreements that would promote fair trade. In fact, the core objective of the African Continental Free Trade Agreement (AFCTA) in creating a single continental market for goods and services, with the free movement of business persons and investments across the globe could be easily achieved through her watch.

In a recent media interview, Dr. Okonjo-Iweala said the WTO is a most important global multilateral body with challenges that require reforms. She said: “I believe it is relevant for the economic development, growth and sharing of prosperity in the world. I want the (WTO) job because I have the skills and the organisation needs some reforms to make it relevant for times we are in and I have a reputation as a strong reformer.”

With the foregoing, I strongly believe that if what the WTO is looking for is ‘a candidate with vast experience in international relations, encompassing trade and/or political experience, a firm commitment to the work and objectives of the organisation, proven leadership and managerial ability; and demonstrated communications skills,’ then Nigeria’s Okonjo-Iweala is not only the strongest African contender but she is a bold reformer, skilful negotiator and finest globally acclaimed developmental economists needed for the job.