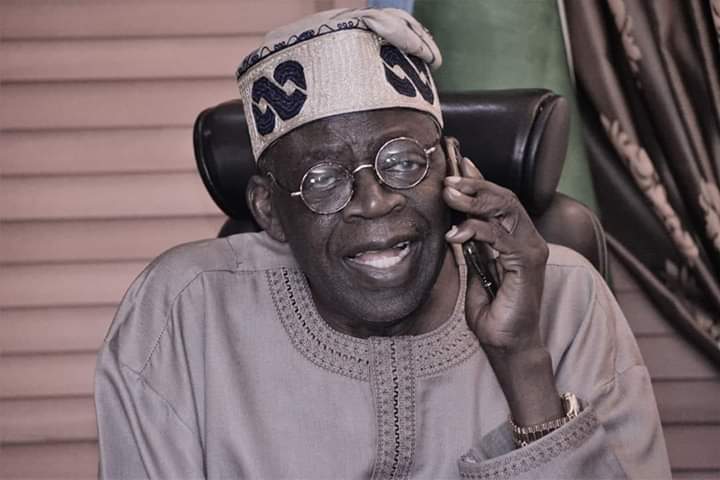 Ahead of the September 19 governorship election in Edo State, governors elected on the platform of the All Progressives Congress (APC), a national leader of the party, Senator Bola Tinubu, and other leaders are billed to meet soon to strategise on how to ensure victory for the party’s governorship candidate, Mr. Osagie Ize-Iyamu, a source close to the party’s hierarchy said at the weekend.

One of the governors, who is also a member of the newly-constituted caretaker committee of the party said at the weekend that the expected meeting is in line with President Muhammadu Buhari’s directive – immediately after the last National Executive Committee’s meeting of the party recently in Abuja for the party to work towards reclaiming Edo State it lost to the PDP with the defection of the Governor, Mr. Godwin Obaseki.

“At our National Executive Committee (NEC) meeting at the Villa recently, we ratified the candidature of Pastor Osagie Ize-Iyamu – based on President Muhammadu Buhari’s recommendation. And the president also directed that we should mobilise all the party’s organs and ensure we deliver Edo State for APC.

“And in line with that, we are consulting all the APC governors, party’s leaders, especially our national leader, Bola Tinubu, and other party’s stakeholders on the need for us to meet very soon. Already, the campaign council has been constituted and members will be inaugurated this week,’’ the governor stated.

He added that the party has a little job to do in Edo State because of the popularity of the party’s candidate.

“Pastor Osagie Ize-Iyamu is a grassroots politician. He is at home with the politics of the state. As the leader of the opposition in Edo State in the last two general elections, he made things very difficult for us. Now, we are happy he has come back home. And with our full support, he will deliver Edo State to APC,’’ the governor stated.

Responding to the plans by the caretaker committee to dissolve some troubled states executives of the party, he said the committee was yet to take a position on the issue.

Meanwhile, one of the spokesmen of the Peoples Democratic Party (PDP) Presidential Campaign Council in the 2019 general election, Prince Kazeem Afegbua, in a statement yesterday in Abuja, expressed optimism that Ize-Iyamu will win the election.

‘’Pastor Ize-Iyamu’s comportment, diligence at delivering responsibilities, sense of organisation and marksmanship are direct opposite of Governor Obaseki’s combative style, laced with blackmail, pretentiousness and over sanctimonious.

“Democracy talks about constructive engagement and collective bargaining. It preaches inclusion, not exclusion. It reinforces participation, involvement, and collectivity. Governor Obaseki is the opposite of what an ideal democratic situation should be. His politics is destructive, exclusive, and demonising,’’ he stated.

Ize-Iyamu has denied pouring acid on a fellow student when he was an undergraduate at the University of Benin.

During the 2016 governorship campaign, a former governor of the state, Mr. Adams Oshiomhole, had alleged that Ize-Iyamu, who was the candidate of the PDP in that election, poured acid on a student.

But in an online television programme monitored in Benin City yesterday, Ize-Iyamu said he drew the attention of the then UNIBEN administration to the plight of the student.

Ize-Iyamu, who said he ensured the student got first aid treatment, however, added that he and others linked to the incident were rusticated because the identity of the culprit was never known.

He said he entered the University of Benin in 1980 to read Political Science, but later changed to law and did not graduate until 1986 because of the rustication.

He explained: “When I was in the university, I was a member of the Pyrates Confraternity. At that time, we didn’t look at it as a cult arrangement, but some people were already coming in with tendencies that created problems. We had this very confrontational group and one evening, somebody reported to us that they beat up a final year student who was also close to us and they mentioned the names of those involved, and we said no, this is bad.

“Don’t also forget too that I was a student union leader, very prominent in the students’ union congress. So, I and some persons who heard about this complaint said let’s go and see the people concerned and talk to them.

“We went there and met with the people concerned, they opened the door for us and we were discussing the matter under a very cordial atmosphere only for some people to come in and before we knew it, there was smoke in the whole place and somebody shouted acid and somebody was shouting and screaming. It was then I realised that somebody has poured acid on somebody and I quickly rushed to the security post. I brought them in and we took the young man to get first aid treatment