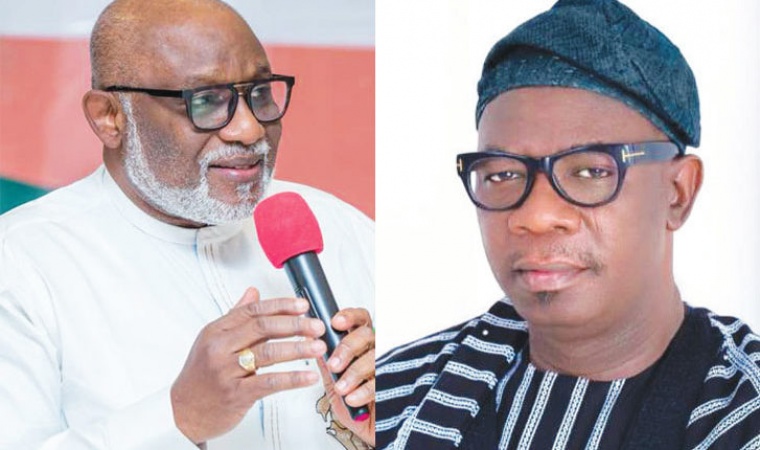 The Ondo State deputy governor, Hon. Agboola Ajayi, on Sunday, insisted that the nation’s constitution backed him to request that Governor Rotimi Akeredolu hands over power to him after 21 days, but said he was quoted out of context.

Ajayi who was reacting to the backlash which trailed his ultimatum to Akeredolu that since the governor was partially incapacitated, he should hand over to him, within the next 21 days, alleged the media of twisting his statement deliberately to heat up the polity. Ajayi, while speaking through his media adviser, Allen Sowore, maintained that the request was constitutional and not personal, saying he was only interested in good governance and the prioritisation of the welfare of the good people of the state.

“I made reference to the provisions of the 1999 Constitution of Federal Republic of Nigeria in relation to the conditions which can trigger the constitutional clause on the automatic transfer of power to a deputy governor when the governor is temporarily incapacitated in relation to the prevailing circumstances in the Ondo State.

“The statement has since gained national traction. However, my reference to the provisions of the Constitution has been deliberately taken out of context to the effect that some National Newspapers headlines twisted the statement to mean that Ondo State Deputy Governor, Alfred Agboola Ajayi demanded that Arakunrin Akeredolu should hand over the government to him within 21 days.

“I wish to state without any fear of contradiction that the political flavour added to my reference to extant constitutional provision on a purely constitutional matter represents deliberate mischief intended to portray the Deputy Governor, Agboola Ajayi as someone who’s desperate to get power. This is far from it.

“I daresay that it is the sacred duty of the media to inform the public about the correct position of law on all issues of national importance without fear or favour. Citing the provision of the Constitution does not, as in the instance case, mean the invocation of that mention or the issuance of an ultimatum.

“The drafters of the constitution, relying on our country’s recent experience, have inserted relevant provisions in it to safeguard our democracy from the rule of men and their selfish interests.”

Ajayi said he has always been available to carry out the task of governance and not in any way desperate for power as the news portrayed him, saying “after all, power truly belongs to God and the people.”

Sowore attributed the friction between him and governor Akeredolu to “the misunderstandings and misconceptions between the governor and his deputy from the onset were orchestrated and amplified by desperate politicians from the Southern Senatorial District, who are surreptitiously scheming to be the deputy governor.

“What’s paramount to the deputy governor is good governance and the prioritisation of the welfare of the good people of Ondo State.” (Sunday Tribune)